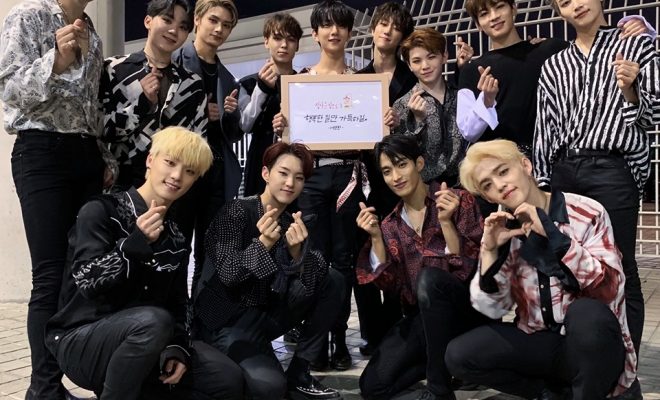 Celebrating their fourth anniversary this May, South Korean boy group SEVENTEEN has gifted both fans and children in need with nothing more meaningful than a thoughtful present.

According to reports, the idols recently made a touching donation to a campaign organized by Child Fund Korea.

Particularly, S.Coups, Jeonghan, Joshua, Jun, Hoshi, Wonwoo, Woozi, The8, Mingyu, Seungkwan, DK, Vernon, and Dino donated to the campaign called “Home Down House”, which aims to help in creating a comfortable living environment for the children. The organization plans to use the donation in helping children who live in the poverty-stricken area to move into safer homes.

The group’s gift became somewhat more special as the campaign’s name matches their latest hit song “Home” off their sixth mini-album You Made My Dawn.

In addition, the boys made it even more meaningful as they donated under the name of their beloved fans, who are officially called CARAT.

SEVENTEEN’s Mingyu and Seungkwan also showed their sincere hearts as they personally designed the cardboard with calligraphies and drawings, which will be given away alongside their donation.

“I hope that the children’s environment will improve so that all the children can stay warm and comfortable,” the kind-hearted idols said.

Meanwhile, the K-Pop group recently shared a special invitation to fans through Instagram. They invited CARAT to join in celebrating their fourth anniversary on May 26 through a cocktail party.

Moreover, the boys will release their first Japanese single, titled “Happy Ending”, on May 29.