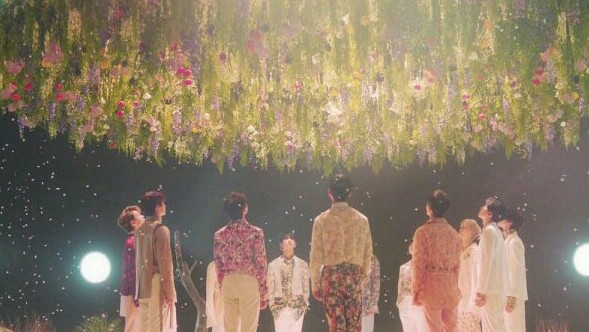 SEVENTEEN makes the spring season theirs with a blooming new song for fans to anticipate!

All set for the beautiful way they had laid out to open the month of April, SEVENTEEN gave a magical preview of their upcoming Japanese song with an enchanting, spring-themed teaser video.

In preparation for its scheduled full release on April 1, the boy group released a music video teaser of their upcoming Japanese single “Fallin’ Flower” recently.

Drawing both domestic and global fans’ attention with its dreamy atmosphere, the colorful video began with Jeonghan looking ethereal while showing a blank gaze.

Aside from each member’s stellar scenes, the teaser also captured the attention of fans through its showcase of the amazing dance synchronization that SEVENTEEN is well-known for. Filled with flowers all throughout, the short teaser set a dreamlike mood by giving the feeling of watching an art film.

Additionally, the scene of Hoshi and The8 dancing passionately while in chains further boosted the anticipation of fans for “Fallin’ Flower”. Leaving a long-lasting impression, the teaser video ended with the members gathering in a circle and looking at the fluttering petals. 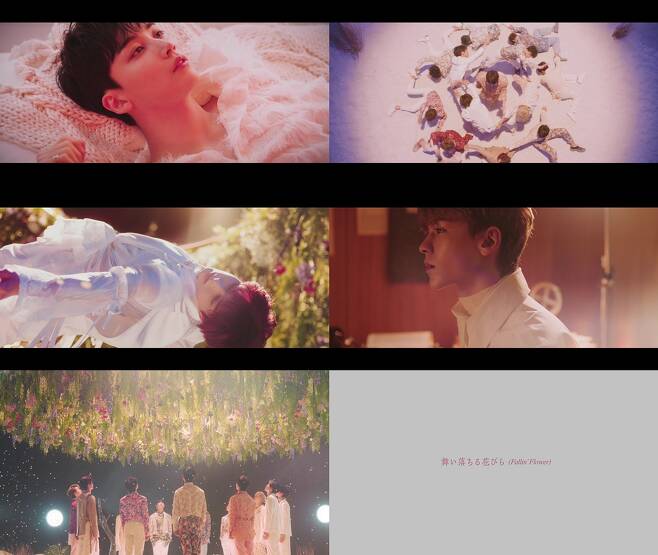 In addition to Woozi’s usual participation in writing and composing, Dino also took part in bringing the song to completion. Moreover, “Now I’m a falling flower, but the current fall is not the end, but a new beginning,” is the hopeful message that the new song wishes to relay.

Earlier this March, “Fallin’ Flower” had also been pre-released on Japan’s radio show TOKYO FM program SCHOOL OF LOCK! and it quickly drew attention online after the show.

Topping the Twitter world trend list, the anticipation for “Fallin’ Flower” shows global fans’ massive warm response to new music from SEVENTEEN even before the release of their upcoming song.