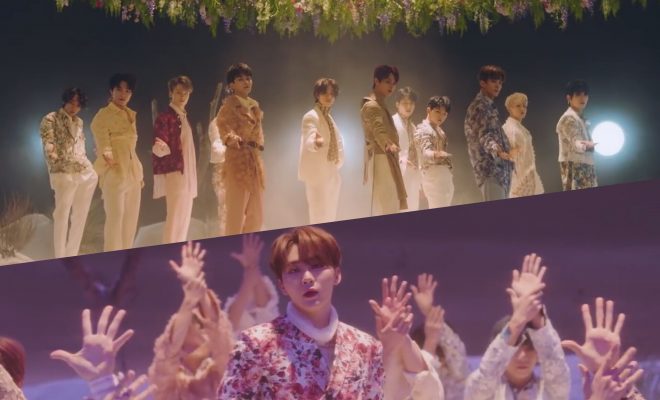 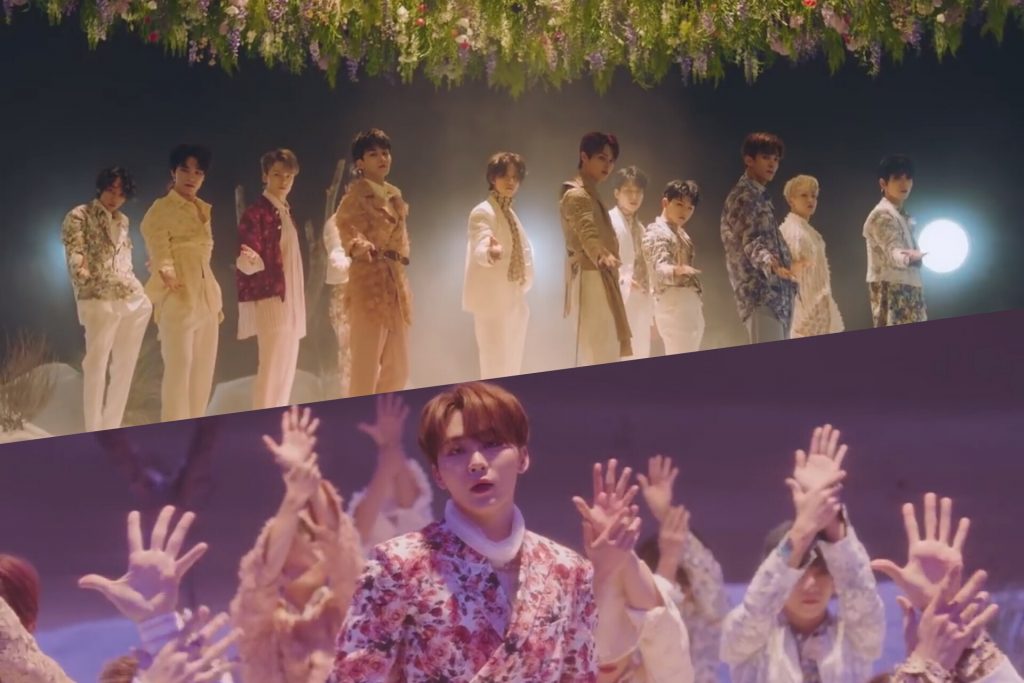 Ahead of the release of their second Japanese single “Fallin’ Flower” on April 1, the boy group premiered its music video as a gift to fans on March 24.

Displaying its perfect package of beautiful visuals and captivating performances, the music video’s release further boosted the anticipation for the group’s Japanese comeback to the highest level.

Welcoming its full thirteen-group lineup once again, the music video captivated fans with its immeasurable beauty thanks to its display of a complete visual package fronted by overwhelming aesthetics all throughout its run.

Various scenes in the heart-fluttering spring-themed video also left a deep impression with its dazzling explosions of colors. Adding to these were the enthralling facial expressions and gestures of every member, which made it even more impossible to take one’s eyes off the screen.

Moreover, SEVENTEEN gave shivers through scenes where all thirteen members showed their smooth blending and synchronization.

Its group dance breaks, which set the definition of “flawless”, also clearly reminded the world once again of why SEVENTEEN takes on the honour of being branded as one of the K-Pop scene’s strongest performers.

The new song “Fallin’ Flower” which contains sentimental lyrics along with a clear touch of spring, carries the hopeful message: “Now I’m a falling flower, but that fall is not the end, but a new beginning”.

As usual, SEVENTEEN’s genius member/producer Woozi participated in the songwriting process together with the future of K-Pop— their one and only maknae Dino— to add perfection to this fresh new masterpiece.

Watch the music video for “Fallin’ Flower” by SEVENTEEN below: