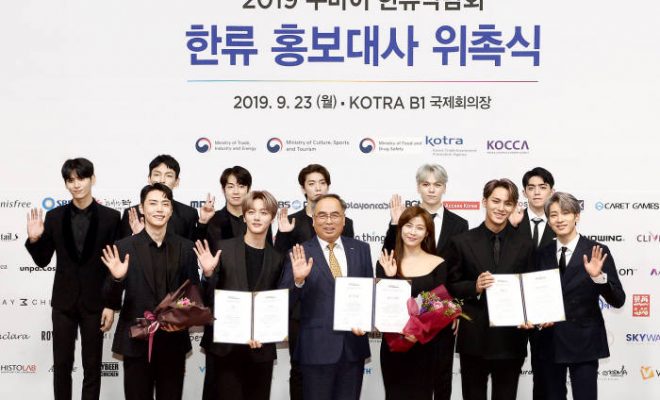 SEVENTEEN, SF9, and Ha Ji Won are representing the Korean industry as ambassadors for the upcoming 2019 Korea Brand and Entertainment Expo in Dubai!

SEVENTEEN, SF9, and Ha Ji Won have been appointed as the official ambassadors for the 2019 Korea Brand and Entertainment Expo, more known as KBEE, in Dubai! 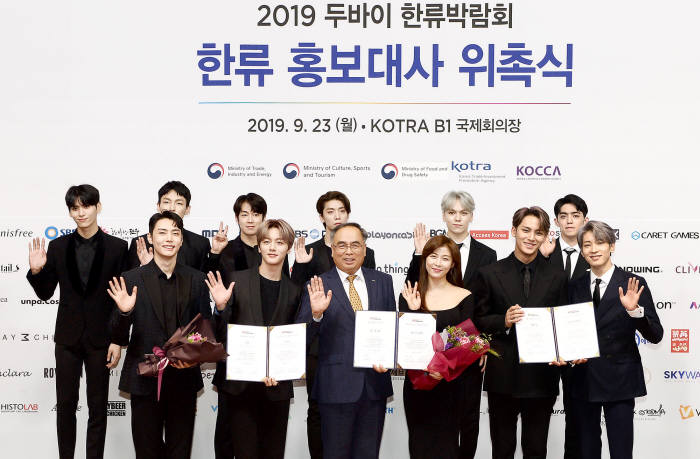 The Korea Trade-Investment Promotion Agency, better known as KOTRA, has bestowed the title of ambassadors to the three Korean artists along with their new roles of further promoting Hallyu overseas!

In preparation for the upcoming massive cultural expo, Ha Ji Won and representatives from both SEVENTEEN and SF9 were present at the official appointment ceremony at the KOTRA Headquarters in Seoul on September 23. 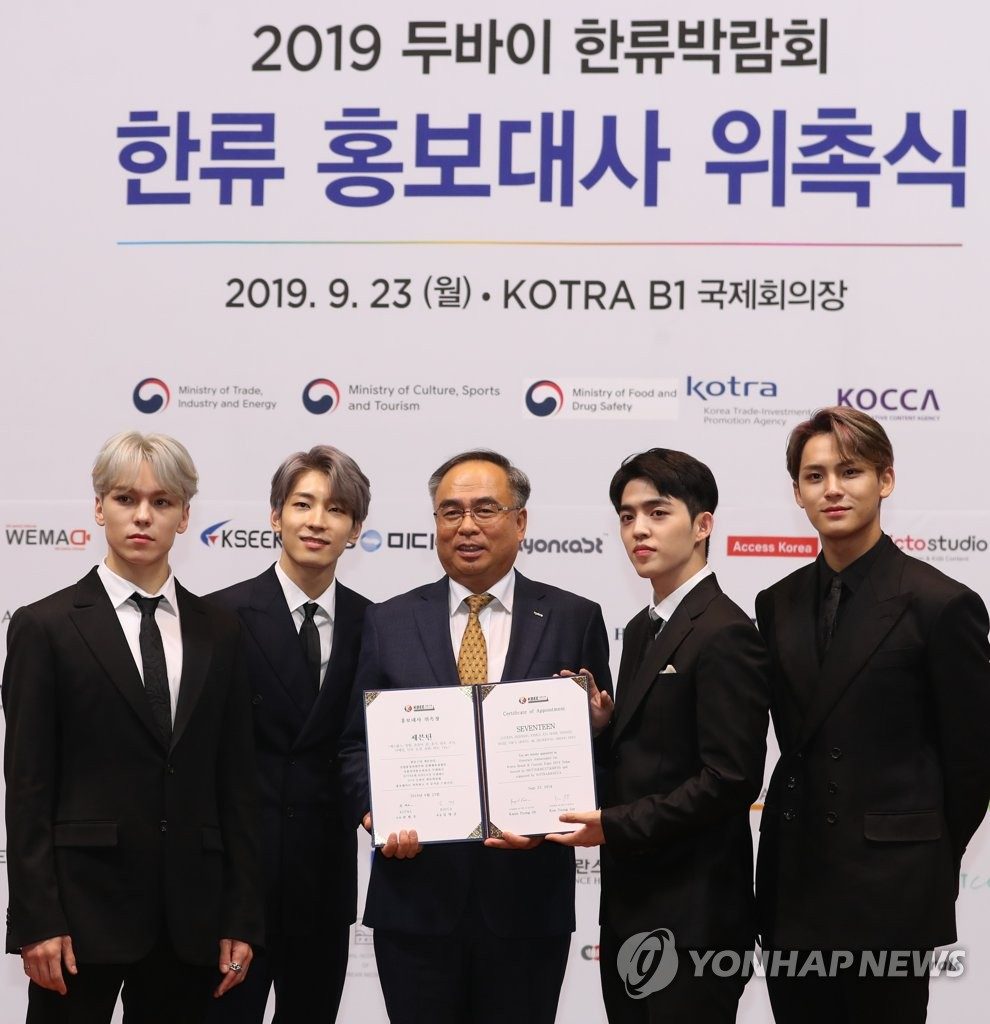 The 2019 Korea Brand and Entertainment Expo in Dubai will be held from October 17 to 18. It is an event which connects Korean culture, including Hallyu stars and performances, with the promotions of Korea’s goods and services in an aim to further attract the attention of more consumers and buyers.

In the Middle East, the Korean Wave has already spread widely, especially among young consumers, over the years. Currently, the United Arab Emirates leads the consumer market in the area, which led to Dubai being chosen as the venue for the expo. 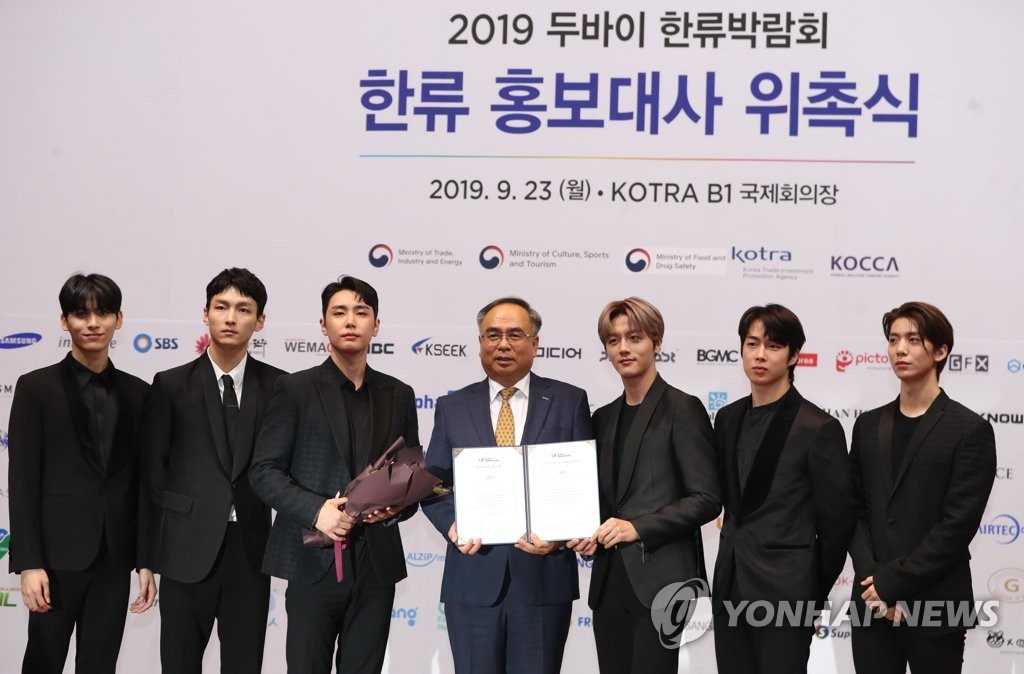 “The Hallyu Wave has been popular in the United Arab Emirates, a key partner in the Middle East, for people in their 30s or younger which has a population of around ten million people already. We will enhance the image of Korean products and diversify the export market through economic and cultural exchanges with the help of Hallyu stars,” the president of KOTRA Kwon Pyeong Oh stated.

As part of their ambassador duties, SEVENTEEN, SF9, and Ha Ji Won will be taking part in various activities like promotions for the event. Additionally, they will be preparing performances, autograph sessions, press conference, and donation of profits from T-shirt sales for the 2019 Korea Brand and Entertainment Expo in Dubai. 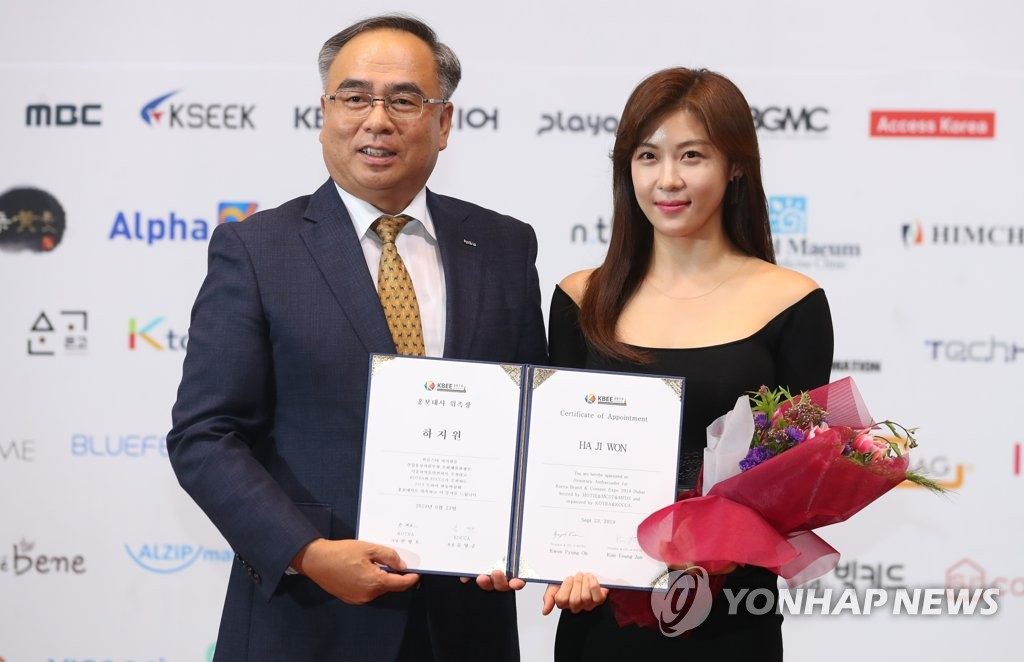 We need your support! If you have enjoyed our work, consider to support us with a one-time or recurring donation from as low as US$5 to keep our site going! Donate securely below via Stripe, Paypal, Apple Pay or Google Wallet.
FacebookTwitter
SubscribeGoogleWhatsappPinterestDiggRedditStumbleuponVkWeiboPocketTumblrMailMeneameOdnoklassniki
Related ItemsHa Ji wonSeventeenSF9
← Previous Story Super Junior Unveils Group Teaser Images And Album Details For Upcoming Comeback
Next Story → Yeo Jin Goo To Hold Domestic Fan Meeting In October, Overseas Tour Also In The Works