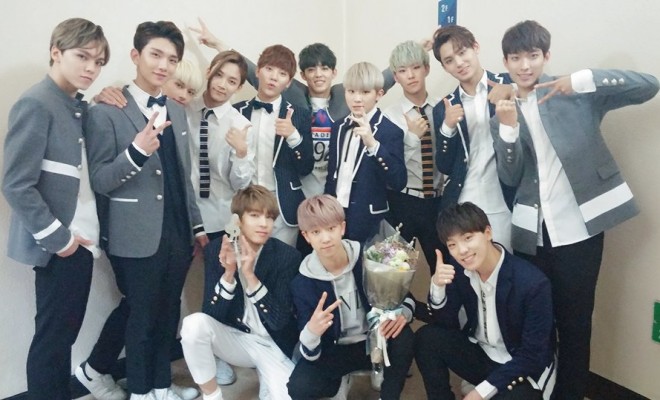 Seventeen To Return Next Month

Put Your Hands In The Air and say ‘Mansae’ on Seventeen’s return!

The boys of Seventeen will be joining the slew of April comebacks. It is reported that the group will be releasing their first full-length album too.

Seventeen’s last round of promotions was with September 2015’s BOYS BE mini album, which also soared to the top of Billboard’s World Albums chart upon release.

What concept will Seventeen show us this time?

We need your support! If you have enjoyed our work, consider to support us with a one-time or recurring donation from as low as US$5 to keep our site going! Donate securely below via Stripe, Paypal, Apple Pay or Google Wallet.
97
SHARES
FacebookTwitter
SubscribeGoogleWhatsappPinterestDiggRedditStumbleuponVkWeiboPocketTumblrMailMeneameOdnoklassniki
Related ItemsBOYS BEcomebackSeventeenSVT
← Previous Story BTS Sweeps Charts With An Album Released 11 Months Ago!
Next Story → How Is ‘Vogue Me’ Fashion Cover Featuring Luhan, Kiko Mizuhara, Pyper America Smith Taken?