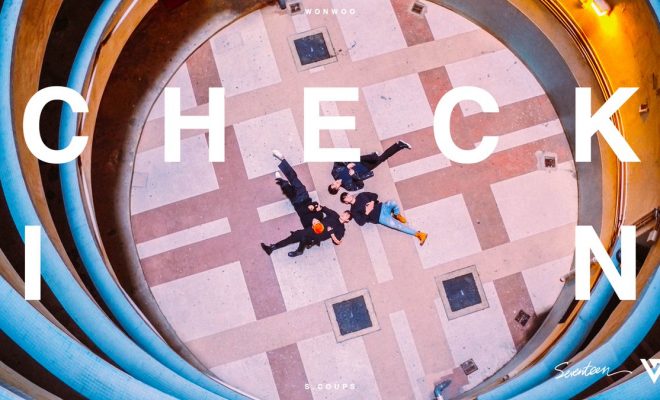 Hold your breath, Carats. Seventeen is on its way!

Seventeen took fans by surprise as they have released a teaser image and video for a new mixtape on their social networking sites.

The group’s Hip-Hop unit, composed of S.Coups, Vernon, Wonwoo and Mingyu, teased fans with teaser photo of their newest mixtape, which is set to be released on November 1, 12 midnight KST.

In the photo, the four members are seen lying down on an empty floor with the word ‘Check-in’ in a circular structure, thus hinting that Check-in would be the title of the group’s mixtape.

But as if a teaser photo is not enough to tickle fans’ curiosity, Pledis Entertainment brought the excitement of fans to a higher level with a teaser video of Hip-Hop unit’s leader, S.Coups.

Compared to the usual bright and colorful music videos of Seventeen, the video for the mixtape seemed to lean towards a darker vibe.

The surprise has now brought forth excitement for the impending rumored comeback of Seventeen. The group released a repackage edition of their first studio album, ‘Love & Letter’, with the title track, Very Nice last July.

Hellokpop, as an independent Korean entertainment news website (without influence from any agency or corporation), we need your support! If you have enjoyed our work, consider to support us with a one-time or recurring donation from as low as US$5 to keep our site going! Donate securely below via Stripe, Paypal, Apple Pay or Google Wallet.
23
SHARES
FacebookTwitter
SubscribeGoogleWhatsappPinterestDiggRedditStumbleuponVkWeiboPocketTumblrMailMeneameOdnoklassniki
Related ItemsAKMUblackpinkCheck-inEXOMingyumixtapenct uPledis Entertainments.coupsSCoupsSeventeenSeventeen HipHop UnitSVTvernonWonwoo
← Previous Story Only 598 Out Of 10,000 Fans Made It To Watch ‘Scarlet Heart’ Together With Lee Joon Gi
Next Story → Hyunjoo To Leave April To Pursue Acting Career