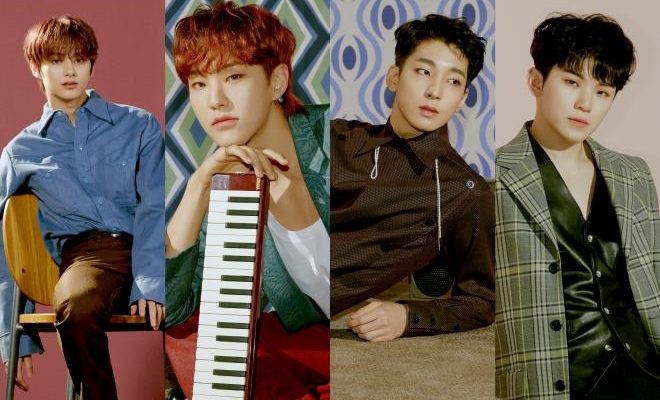 SEVENTEEN’s Jun, Hoshi, Wonwoo and Woozi showed their individual colors in the latest teasers for their nearing comeback with Semicolon!

SEVENTEEN heats up the online world again by releasing a new set of individual previews for their upcoming special album Semicolon. 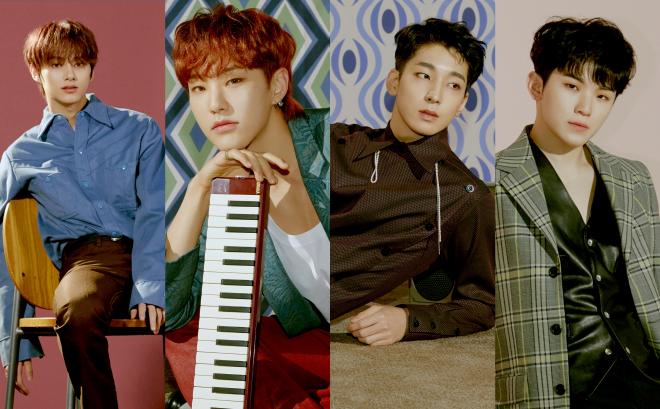 Released on October 8 at 12 am KST, the second batch of teasers feature the dazzling 96-line members unleashing their spellbinding charms. 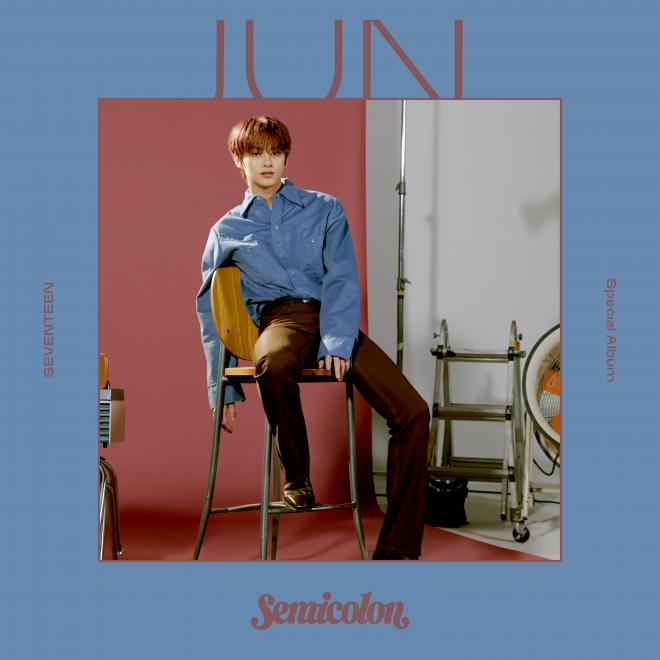 While donning a plain yet very striking outfit, the Chinese member further displays his chic side through his sensational visuals.

His attractive facial expressions and mystical aura also impressed fans as he effortlessly strike a pose in a classy manner. 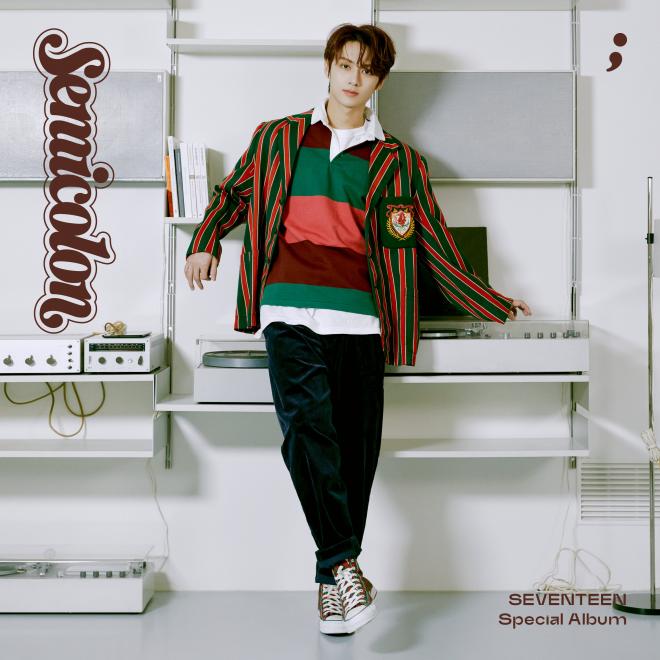 Meanwhile, Hoshi proves he is a force to be reckoned with when it comes to charisma and confidence in his first teaser photo.

While donning an intense gaze, the main dancer of SEVENTEEN proves he can pull off any concept with his manly looks and ethereal physique. 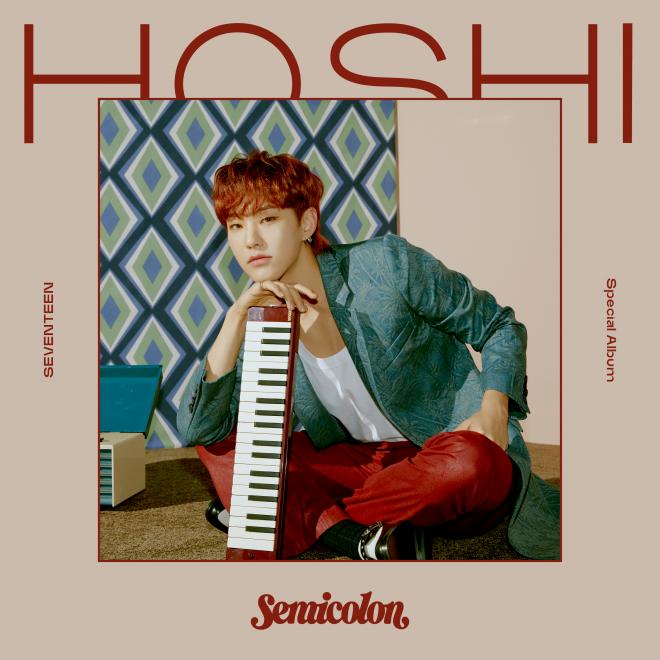 For his second snapshot, Hoshi took the projecting game up a notch with his unconventional yet very eye-catching pose that screams boldness and maturity.

Making his way through fans’ hearts, the well-rounded idol further entranced fans with his stunning appearance, while sporting a trendy outfit. 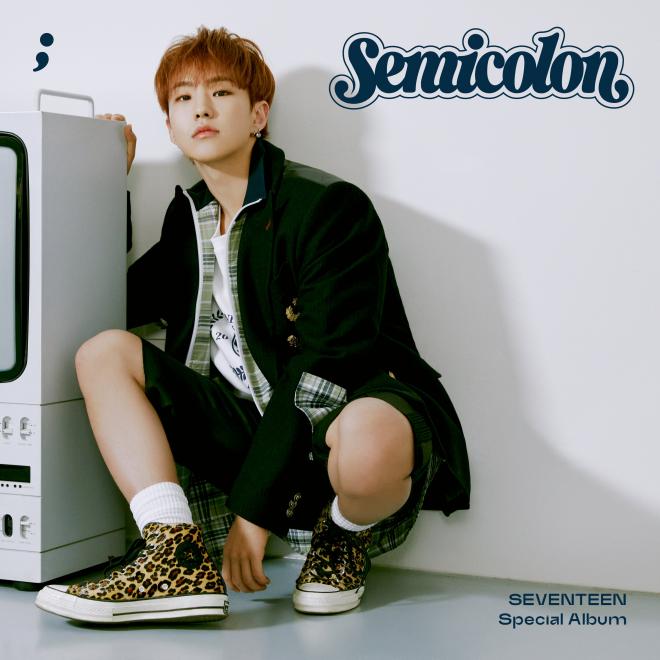 Additionally, Wonwoo definitely took CARATs’ into visual haven with a closer look on his jaw-dropping overall profile. Showcasing his duality, the group’s rapper flaunted his contrasting youthful and valiant looks in the two teaser images.

Generating a serene and relaxed atmosphere, Wonwoo casted a fresh, school boy image with his brooding expressions and detailed gestures. 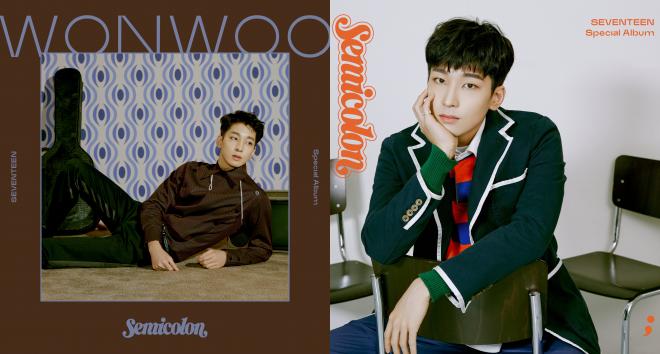 As he naturally leans on the floor with a dynamic posture, the talented idol demonstrated his versatility, while rocking a dark-colored ensemble.

In his sneak peek, Woozi showed his best charms by giving fans a close-up shot of his gorgeous face and his charismatic gaze. 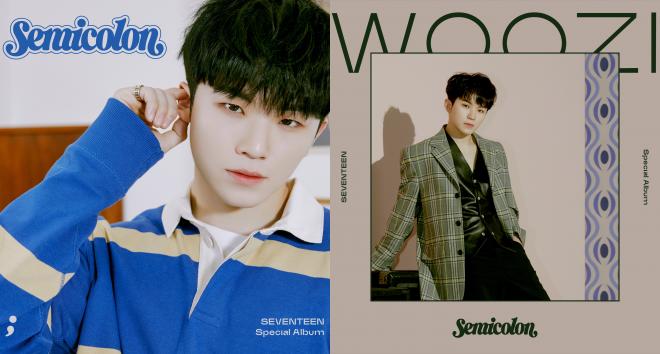 Moreover, Woozi also exhibited his sophisticated and refined poise while against a loud backdrop in his second teaser photo.

Accompanying the previews, Pledis Entertainment also revealed a making video featuring a glimpse on the photoshoot and MV making process.