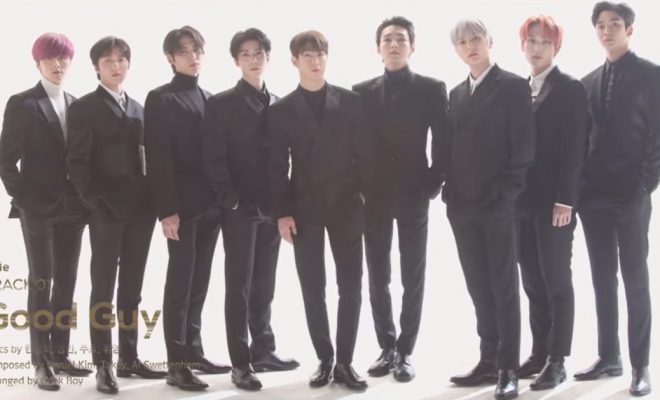 SF9 is bringing their game on with the majestic new music for their much-awaited comeback!

The nine boys of SF9 are all set to play the new songs they have in store for their first full-length album comeback this coming January 7! 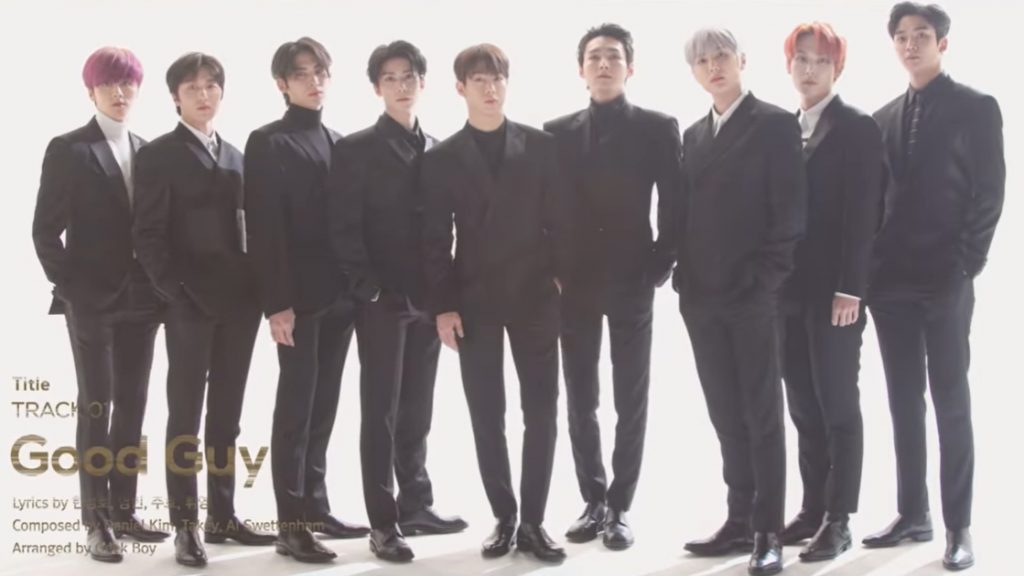 Edging closer to the release of FIRST COLLECTION and its lead track “Good Guy”, the group shared details about the new songs they prepared with their tracklist reveal on January 5. Containing a total of ten new tracks, FIRST COLLECTION showcases an exciting lineup with all the songs containing the personal participation of each SF9 member in writing the lyrics of.

Marking an incredible team-up, Youngbin, Zuho, Hwiyoung, and Chani all took part in writing the songs “Fire”, “Am I The Only One”, “Lullu Lalla”, “Like The Hands Held Tight”, and “Stop It Now”.

As for the album’s title track “Good Guy”, Youngbin, Zuho, and Hwiyoung helped out in writing its lyrics, while all SF9 members wrote the words to the last track “Beautiful Light”.

Making him the only member who participated in making all of the songs on the album, Zuho also took part in penning “Shh” and “Dance With Us”, as well as “One Love” where he teamed up with Hwiyoung on. 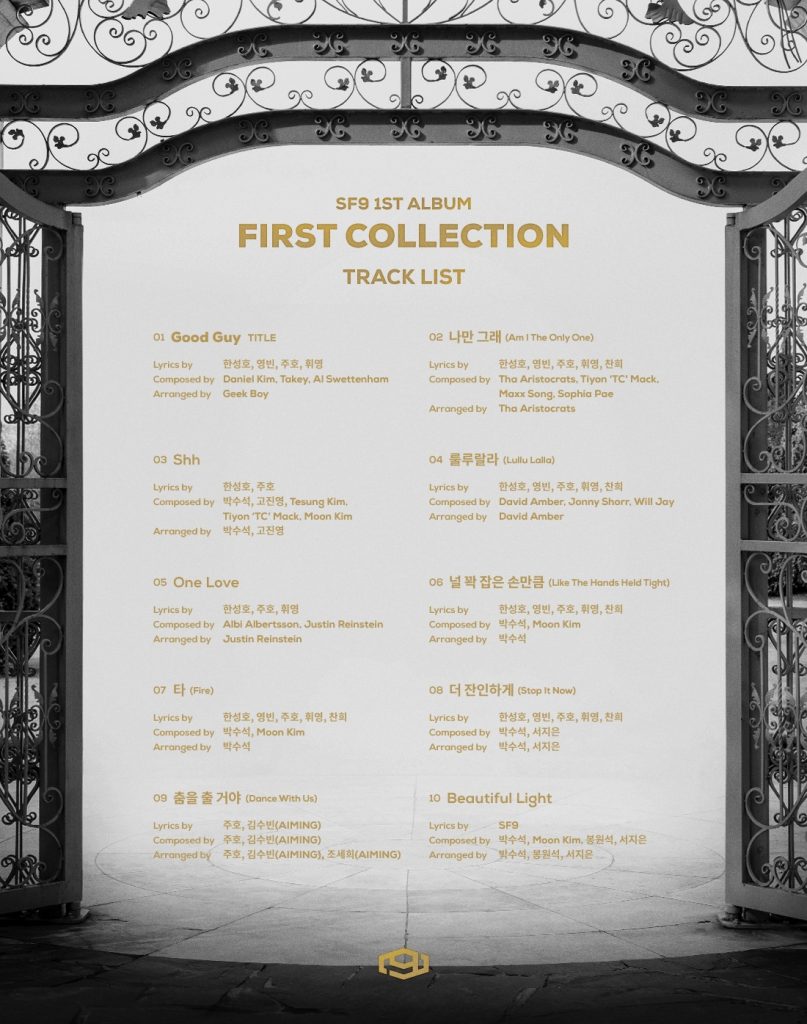 The members also brought snippets of these songs to life in the highlight medley they shared alongside the tracklist. With their beautiful vocals on display for the teaser, the group makes it even more exciting for their album’s release on January 7 at 6 PM KST.

They earlier kept everyone dazzled with their exquisite visuals as well by giving sneak peeks into the music video they prepared for “Good Guy”.

SF9’s comeback takes place after over half a year since they released the mini-album RPM, and much anticipation has risen from fans as they await what looks to be another golden era for the group.

READ: SF9 Basks In Glory And Nostalgia On Exquisite Comeback Trailer And Photos For “Good Guy”