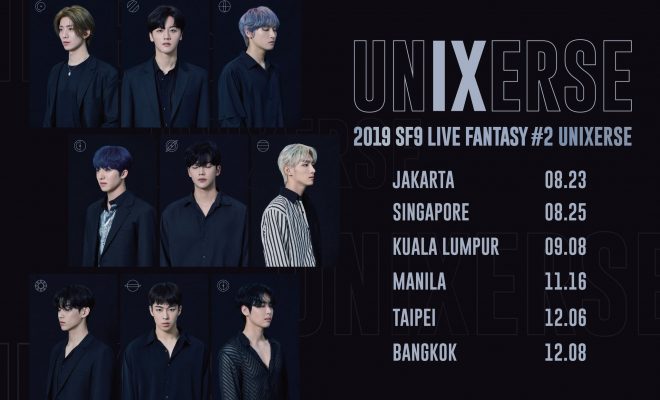 SF9 finally announced the dates and locations for their upcoming Asia tour! 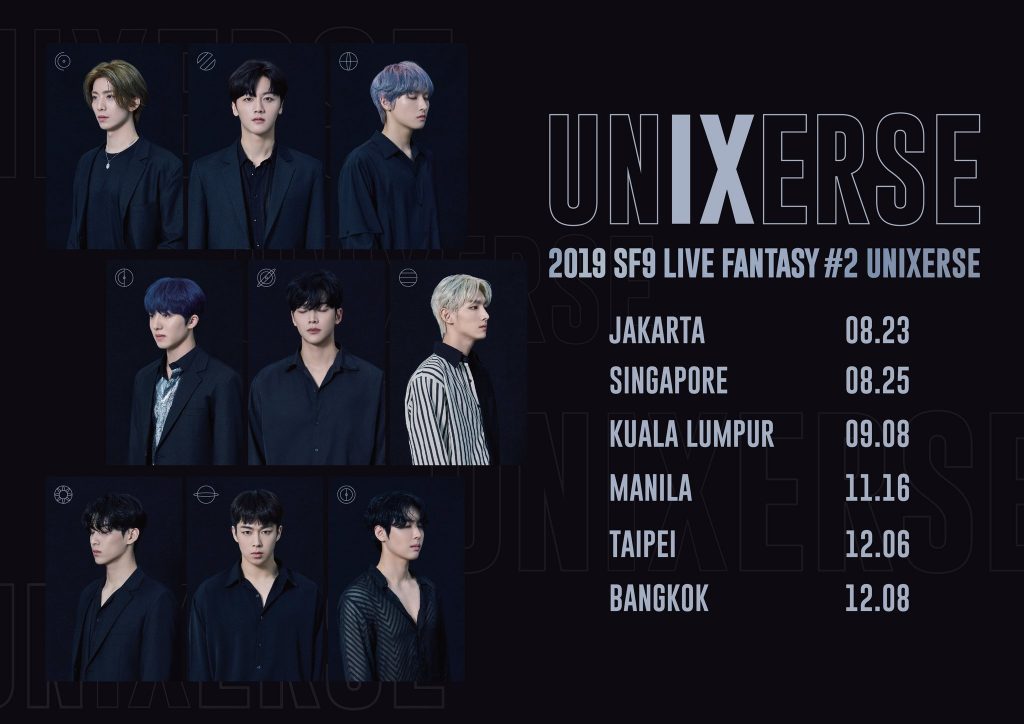 It will begin with a show highlighting the nine boys’ explosive performances set to amaze Fantasies on August 23 in Jakarta.

The group will then take over Singapore’s Kallang Theatre with a heart-stopping live concert on August 25 and is so far, the only stop with further details revealed. Tickets are priced at 238 SGD, 168 SGD, and 118 SGD. 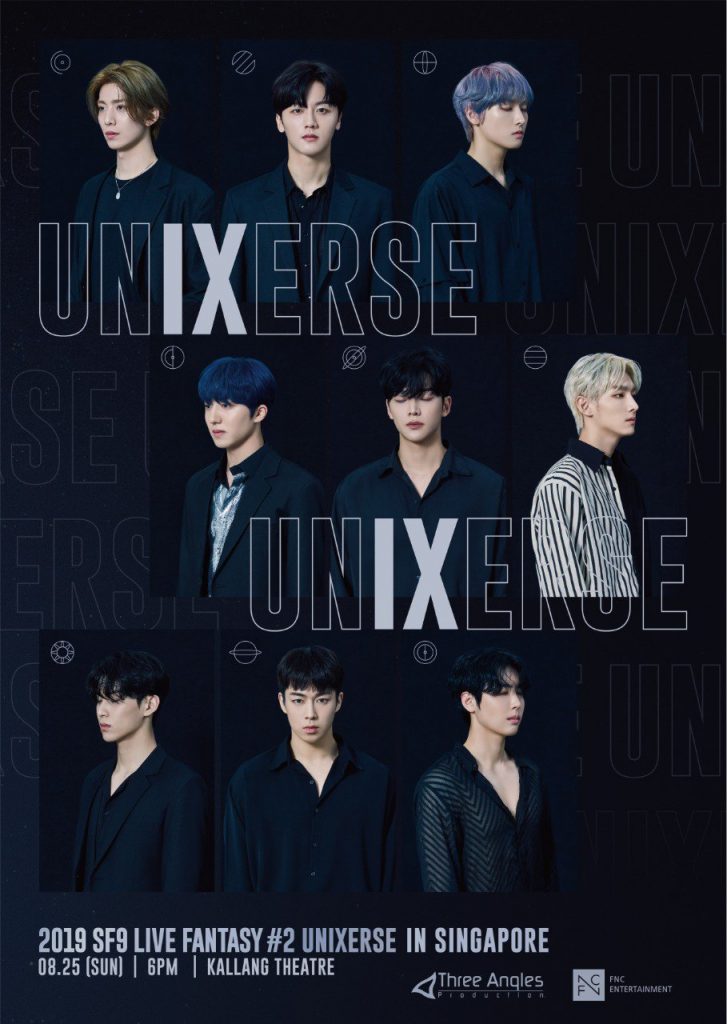 They will then take their powerful stage presence and more-than-fantastic charisma to Kuala Lumpur for fans in the country to see and experience up close themselves on September 8.

The nine-member group will also give fans a delightful time in their return to Manila on November 16. Previously, SF9 greeted Filipino Fantasies in January 2018 with their first fan meeting in the country titled Be My Fantasy.

Afterward, the nine boys will head to Taipei on December 6 to fulfill fans’ dreams of seeing them live on stage. Finally, the tour’s Asia leg will end with a show in Bangkok on December 8.

The group recently made their comeback with the mini-album RPM headlined by a single of the same title.

They debuted on October 5, 2016, under FNC Entertainment, with the single album, Feeling Sensation. SF9 made a mark on their company’s history as the first dance boy group to debut, and they have since amazed fans with their intense stages and powerful tracks.