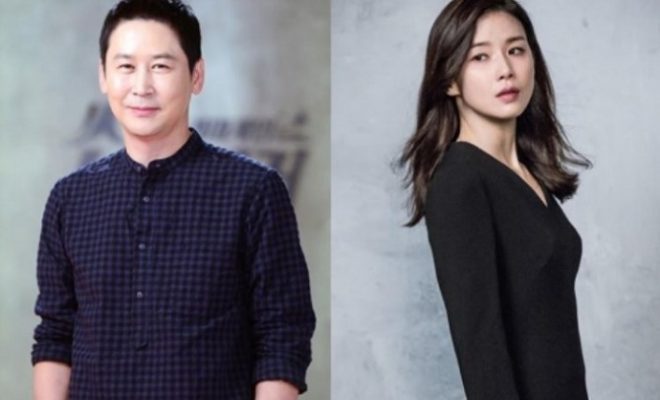 This is the first time Shin Dong Yup and Lee Bo Young collaborate as MCs for an awards ceremony.

Comedian Shin Dong Yup and actress Lee Bo Young will be in charge of the MC role for upcoming SBS Drama Awards. The event is set to take place on the last day of 2017, December 31.

Earlier on, Lee bagged home 2013 Drama Grand Prize, or Daesang, for her role in SBS’s drama titled I Can Hear Your Voice. Shin was also honored with 2016 SAF Entertainment Grand Prize for his great performance in television entertainment program dubbed Mom’s Diary – My Ugly Duckling.

This year, the two artists are also on the list of candidates for the most prestigious award, Grand Prize.

It is noted that during his 26-year career, Shin Dong Yup has been the host of numerous programs and events. However, this is the first time he is appointed as the MC for SBS Drama Awards.