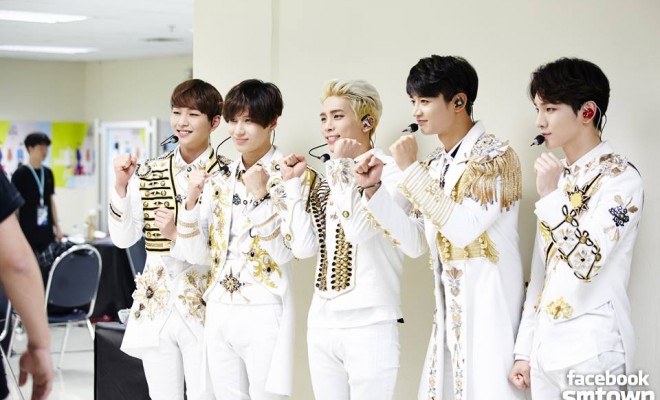 SHINee is slated to release its 4th Japanese album on the first day of new year!

The group has been revealed to be dropping a new Japanese full-length album on the 1st of next January, after a break of three months since its latest Japanese single Sing Your Song in October.

The coming album will consist of 12 tracks, including SHINee’s previous singles; Your Number, View and Sing Your Song. However, the album title is not made known yet.

Check out SHINee’s latest Japanese single Sing Your Song below:

Hellokpop, as an independent Korean entertainment news website (without influence from any agency or corporation), we need your support! If you have enjoyed our work, consider to support us with a one-time or recurring donation from as low as US$5 to keep our site going! Donate securely below via Stripe, Paypal, Apple Pay or Google Wallet.
281
SHARES
FacebookTwitter
SubscribeGoogleWhatsappPinterestDiggRedditStumbleuponVkWeiboPocketTumblrMailMeneameOdnoklassniki
Related Itemsfull albumlistquizSHINeesing your songViewYour Number
← Previous Story BIGBANG Slays MelOn Music Awards + Winners’ List
Next Story → EXO Successfully Wraps Up First Tokyo Dome Concert