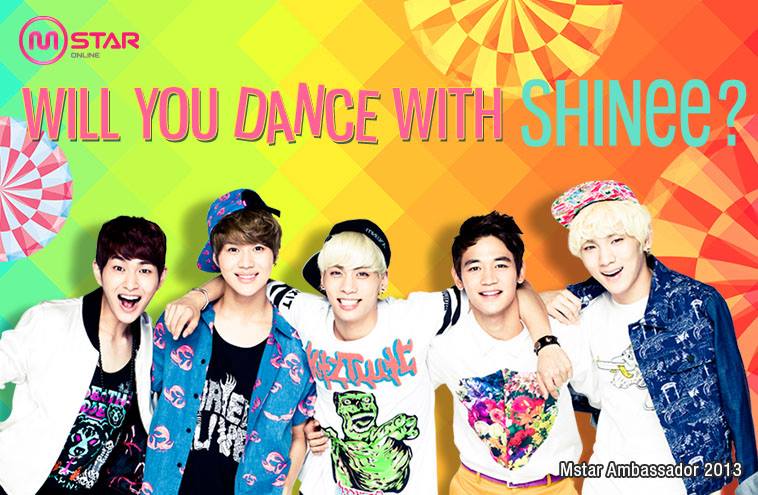 SHINee are the shining ambassadors of Mstar Online

The five shining boys of SHINee have dabbled in being the ‘faces’ of various clothing and beauty brands-  and now they are adding something new to their extensive list of endorsement campaigns. SHINee are now the proud ambassadors of Garena’s newest online dancing game, Mstar – The Ultimate K-pop Game!

SHINee has also made history and waves in the online gaming community as this is the first time for any online dancing game, particularly in Singapore and Malaysia, has decided to engage an ambassador as the image for its games. In-game purchases feature SHINee- themed merchandise and furnishings as well, such as pillows with images of the SHINee members on them.

Check out the video of SHINee’s adorable promotion video for MStar below, where the boys are conversing in Mandarin, asking viewers if they are willing to dance with them. There is also a BTS video that takes viewers into the making of the promo film, with footage of the SHINee boys giving their thoughts about the game, as well as showing off their candid sides.

Avid gamers and Shawols alike, are you guys willing to dance with SHINee?

Mstar Ambassador 2013: Behind the Scenes with SHINee: