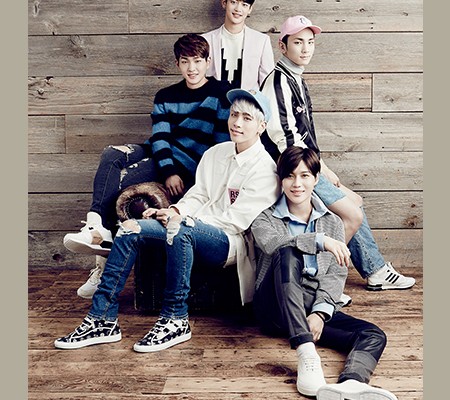 A new and fresh music video of SHINee just came out on December 14.

The boys just dropped the full music video D×D×D off their same-name 4th Japanese album, with the album scheduled to go on sale from January 1.

The idols show off some of their most energetic choreography under dim light in the MV.

In related news, SHINee will hold their arena tour SHINee WORLD 2016 ～D×D×D～ in Tokyo and Osaka next May.

Hellokpop, as an independent Korean entertainment news website (without influence from any agency or corporation), we need your support! If you have enjoyed our work, consider to support us with a one-time or recurring donation from as low as US$5 to keep our site going! Donate securely below via Stripe, Paypal, Apple Pay or Google Wallet.
90
SHARES
FacebookTwitter
SubscribeGoogleWhatsappPinterestDiggRedditStumbleuponVkWeiboPocketTumblrMailMeneameOdnoklassniki
Related ItemsD×D×DJapanSHINeeSHINee WORLD 2016 ～D×D×D～
← Previous Story San E To Release “Do It For Fun”
Next Story → VIXX’s First Japanese Album: New Information Revealed