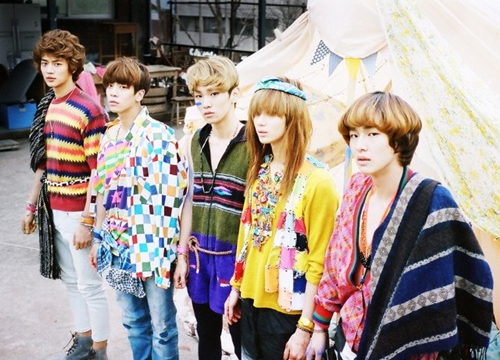 SHINee‘s The First Japan Arena Tour ‘SHINee World 2012’ DVD and 1000 Years, Always By Your Side single are currently two of the hottest items available in the Japanese market.

For the past two days, SHINee has been dominating Tower Records‘ daily sales chart with the special tour DVD and the Japanese single’s variant editions. On December 11, the group swept the top three spots as well as seventh and tenth place, which means they occupied half of the chart.

SHINee continues to hold the top spot, but its albums are slowly shifting places throughout the chart. At time of writing, the group occupies the first, third, fifth, and ninth spots. 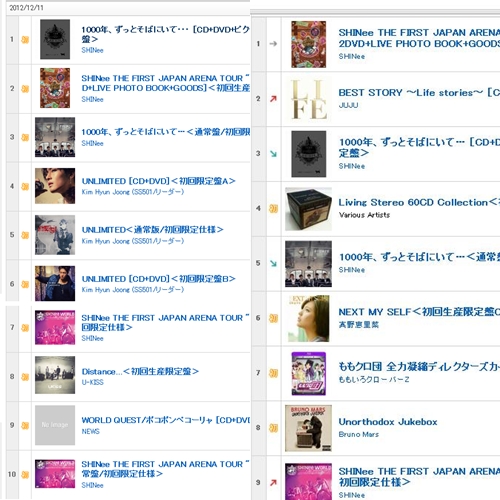 Hellokpop, as an independent Korean entertainment news website (without influence from any agency or corporation), we need your support! If you have enjoyed our work, consider to support us with a one-time or recurring donation from as low as US$5 to keep our site going! Donate securely below via Stripe, Paypal, Apple Pay or Google Wallet.
FacebookTwitter
SubscribeGoogleWhatsappPinterestDiggRedditStumbleuponVkWeiboPocketTumblrMailMeneameOdnoklassniki
Related Items1000 Years Always By Your SideChartSHINeeSHINee World 2012The First Japan Arena TourTower Records
← Previous Story Epik High member welcomes baby son
Next Story → Han Chae-ah and Kim Ki-bang appointed ambassadors for Korean Surgical Society