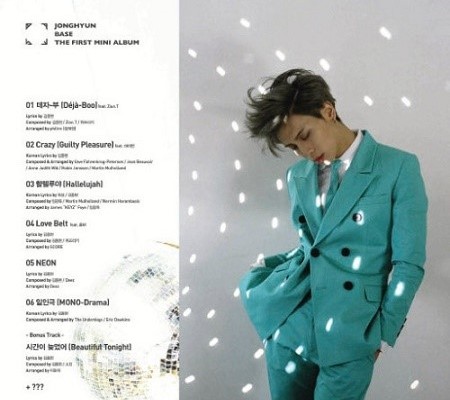 Deja-Boo, a co-production between the SHINee member and hip-hop musician Zion.T, proved Jonghyun’s appeal as not just an idol, but as a musician and songwriter as well. The catchy and funky retro song quickly made its way to top all the domestic music charts right after its release at midnight on January 6.

Jonghyun shared his thought on Twitter after knowing the surprising result: “SHINee members! This is all thanks to you. It’s really the new beginning now! I’ll do my best! Such pleasing chart results.”

Meanwhile, fans are in eager anticipation for Jonghyun’s upcoming solo album entitled BASE as the seven-track album is written and produced by the SHINee member in collaboration with three other talented artists; Younha, IRON and Wheesung. The album’s music list ends with a mysterious +???, indicating hint of a bonus track.

BASE is set to be released on January 12.