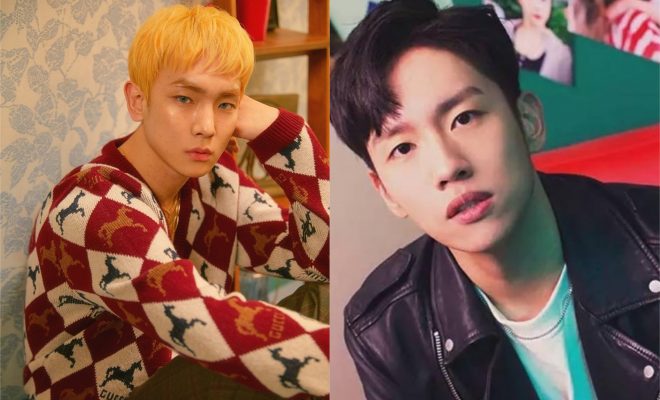 SHINee’s Key is here to accompany you with a new track for the chilly weather.

SHINee’s Key is adding another incredible track under his belt with “Cold”, a teamed up with rapper Hanhae for SM Station Season 3.

The SHINee member participated in writing the lyrics for the song which combines a soft electric piano with a vintage mood.

“Cold”, set for a February 14 release, illustrates the hurtful feelings of a man struggling through a breakup during winter.

KEY of SHINee teamed up with a rapper HANHAE for SM ‘STATION’ Season 3!
Stay tuned for their new song ‘Cold (Feat. HANHAE)’ which KEY participated in writing the lyrics!

Next, NCT’s Jaemin, Jeno, Renjun, and Red Velvet’s Yeri also teamed up for “Hair in the Air” which came out on December 13, 2018. On the same day, NCT’s Haechan, Chenle, and Jisung released “Best Day Ever” for the digital music project.

The project continued in 2019 with tracks including Yesung and Bumkey’s “Carpet”, Colde’s “Loss” and now, Key and Hanhae’s “Cold”.

Hanhae is a South Korean rapper and singer and a former member of Phantom. He has worked with artists like Jessi, Kanto, Nucksal, Verbal Jint, Gaeko, and EXID’s Hani. Most of his notable appearances are on Show Me The Money season 4 and 6, as well as, Mnet’s Tribe of Hip Hop.

Key released his solo debut album titled Face. It has ten tracks including “Good Good”, “Honest”, “Imagine”, “Chemicals”, “I Will Fight”, “Easy to Love”, “The Duty of Love”, and “This Life”.

He collaborated with Soyou for “Forever Yours” and with Crush for “One of Those Nights”, which both served as lead singles.