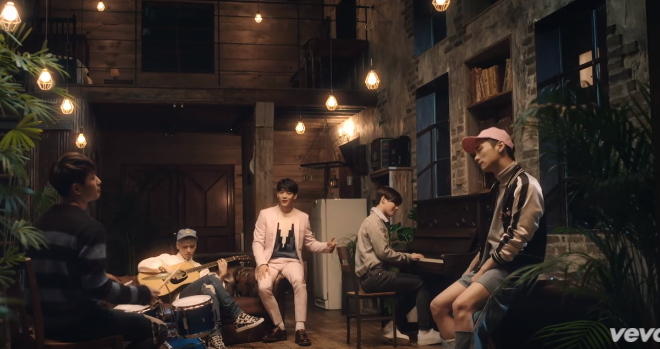 SHINee “Sing Your Song” Together In Their Latest MV

Here’s the latest release from SHINee!

The group is now ready to unveil a new album titled ‘Sing Your Song’, consisting of two tracks Sing Your Song and Good Good Feeling on October 27. On the 26th, SHINee dropped the full version of the music video of Sing Your Song ahead of the album release.

In the music video, the members share quality time as they jam to the music, and are later seen having a busking session together as well.

In related news,  SHINee will embark on their tour titled SHINee World 2016 next January. For the schedule, click here.