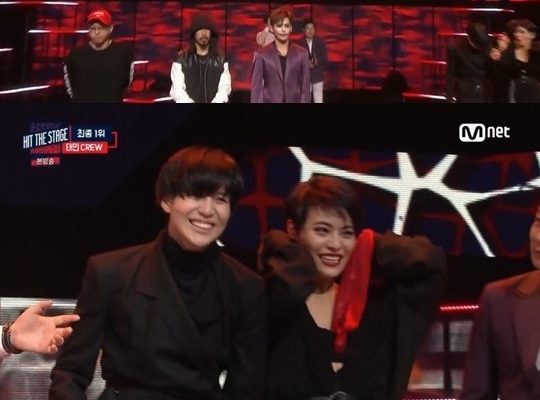 On August 3 episode of Mnet’s competition show Hit the Stage, SHINee‘s Taemin took over many strong rivals and won the first place with an impressive score.

In the show, the singer and Japanese dancer Koharu formed a team. The two performed in black, in front of a  mysterious background. They captivated viewers with their virtuoso and skillful choreography.

In addition, the couple received great compliments from the judges for their synergy on stage.

With 189 points, Taemin’s team got the victory, overwhelming Girls’ Generation‘s Hyoyeon (152 points) and Infinite‘s Hoya (159 points). At the moment, the singer’s result has been the highest score in the program.

Meanwhile, the idol’s track titled Goodbye, which was chosen as the star’s music background in the show, received some negative comments from Internet users. They claimed that the result was unfair because the singer used his own track during his performance. However, according to a source from Mnet, the artists have the right to pick any song for background music. Therefore, Taemin completely deserved to become the winner.

Watch some other performances: