SHINee To Celebrate 7th Anniversary With A Fan Party

By Community | May 23, 2015
82
SHARES
FacebookTwitter
SubscribeGoogleWhatsappPinterestDiggRedditStumbleuponVkWeiboPocketTumblrMailMeneameOdnoklassniki

It has been seven years since SHINee‘s debut and the group will be celebrating its seventh anniversary with a special fan party.

SM Entertainment’s five-member group made its debut back on May 25, 2008 with Replay, which then soon became a hit. For its seventh anniversary, SHINee hopes to spend some memorable time with its beloved fans by holding SHINee Debut 7th Anniversary Special Party! SHINee Day.

At the special fan party, which is set to take place at Korea University on May 24, the idols will not only perform the title track View from their new album Odd, but create several interesting sessions alongside events so that they can communicate and make unforgettable memories with fans, as well. It is also reported that fans will be able to enjoy a special stage in which SHINee will perform a hit that receives the most votes on its official page. 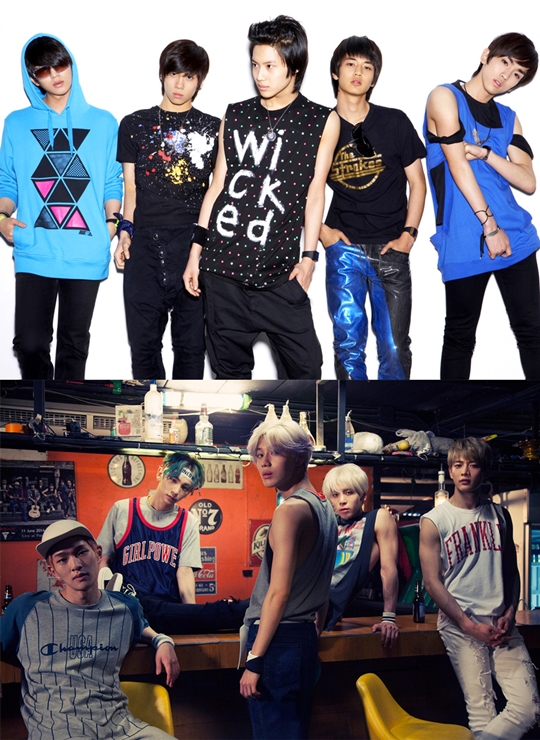 In related news, SHINee has recently returned to the music industry, proving itself as one of the top boy bands in the K-pop scene with its fourth album Odd dominating various music charts, namely Hanteo, Hottracks, Yes24, Synnara Records, Aladdin, and six countries’ iTunes album charts.

The group has also started promoting its title track View on music shows and will continue its album promotion with the tracks Love Sick on Music Bank and Music Core on May 22 – 23, and Ode To You on Inkigayo on May 24.