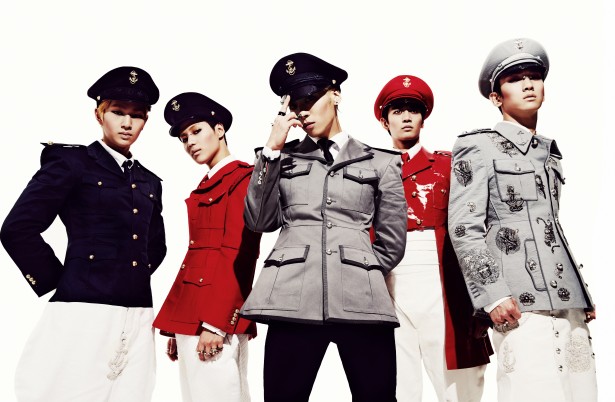 SHINee is the 2013 Melon Music Awards Artist of the Year

Bling Bling Idol, SHINee, was named “Artist of the Year” at the recent 2013 MelOn Music Awards.

Held at the Olympic Gymnastic Arena in Seoul on November 14, the MelOn Music Awards awarded the most successful Korean singers. Alongside SHINee, EXO which was also the emcee of the event, won the “Best Song of the Year” for hit song Growl. The trio Busker Busker won “Best Album of the Year” while Lim Kim was awarded with the “Best Newcomer Award”.

Ailee, BEAST, Davichi, Dynamic Duo, G-Dragon, IU and  SISTAR were also awarded as the 2013 MelOn Music Top 10 alongside the three artist mentioned above. Besides from the awards given, top-notch artists also performed at the event. One of the highlight of the event was when participants and fans joined forces to cheer on Ailee. The singer couldn’t help but shed tears when she was performing with legendary singer Shin Seung-hoon. She thanked the fans who continued to support her despite her recent photo scandal.

MelOn Music Awards is an annual event hosted by LOEN Entertainment. It was streamed live via YouTube for fans all over the world to watch and enjoy.

Here is the complete list of the winners for the said event: