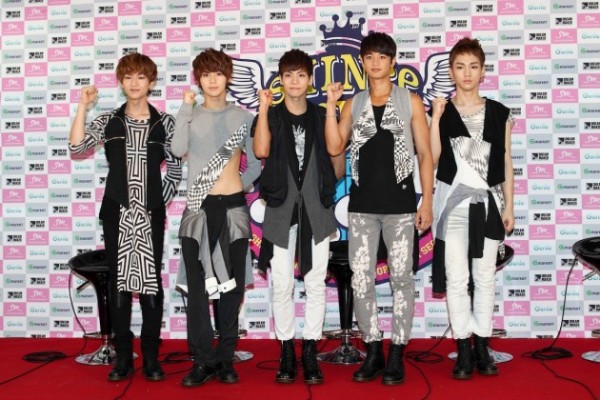 SHINee World II Singapore will launch tickets for public sale on 31 Aug 2012 in a one-night concert with a limited 7,500 tickets for sale!

With the promise of an action-packed concert filled with special effects and diverse music genres and styles superceding its previous concert tour; fans who have been anticipating the SHINee World II Singapore concert will be able to purchase tickets from 31 Aug 2012 onwards for the strictly one-night only show. A total of 7,500 tickets will be available for sale via Sistic phone, counter and online bookings at S$238 (Terrace and Mosh Pit tickets) and S$178 (Balcony tickets). With the biggest mosh pit to be held at the Singapore Indoor Stadium with over 1,200 square metres of free-standing space, the 3,500 Mosh Pit tickets with the closest proximity to the stage are expected to sell the quickest. 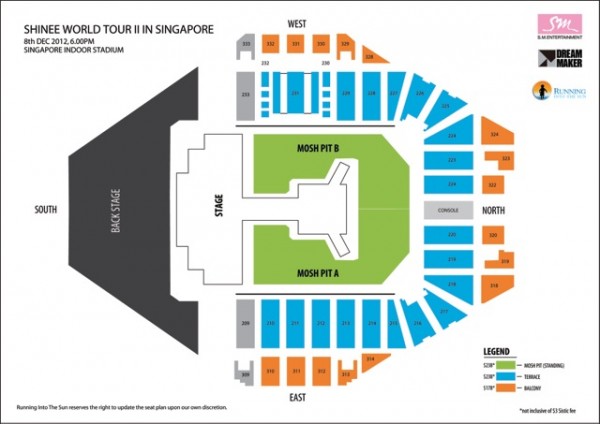 With a performance holding a production price-tag of more than S$1.8 million, SHINee World II will be accompanied by special effects such as pyrotechnics, water features and aerial stunts in a multi-sensory performance that borders between an unbelievable eye spectacle and a R&B/Rock concert that defies extremes.

With a group that has visibly matured to ‘seniors’ since their debut in 2008, “Shawols” or SHINee fans can look forward to a diverse range of musical genres in SHINee World II Singapore; with music ranging from heavy rock music and bold dance moves, to softer cheerier R&B styles reminiscent of their earlier years.

“Seeing how SHINee has grown internationally and how the group has matured with SHINee World II, we can’t wait to stage this show in December to showcase their updated image to Singapore. Preparation of the concert is already ongoing, and by looking at the production and programme of the show, this is a definite must-watch concert of the year”, says Beatrice Chia-Richmond, Creative Director of Running Into The Sun.

SHINee World II began in Seoul on 21 Jul 2012 to a sold-out 20,000 crowd; and will travel to countries throughout Asia including Taipei, Hong Kong and Singapore.

SHINee’s latest album “Sherlock” launched in March 2012 and set the record for the most album sales in the month with more than 135,000 copies sold in March alone, according to Gaon Chart, the national record chart of South Korea. SHINee also recently started their first Japan concert tour to over 20 cities across Japan, and set the record as the Korean act that attracted the most audiences in Japan with a total of more than 200,000 people.

Since their debut in 2008, the band has released three full-length albums, four mini-albums, one live album and various singles. They have also won many awards such as “The Most Anticipated Group for 2012” by MBC Gayo Daejun 2011, “Best New Male Group” in the 2008 Mnet Awards and various popularity awards.

Press release: Running Into The Sun