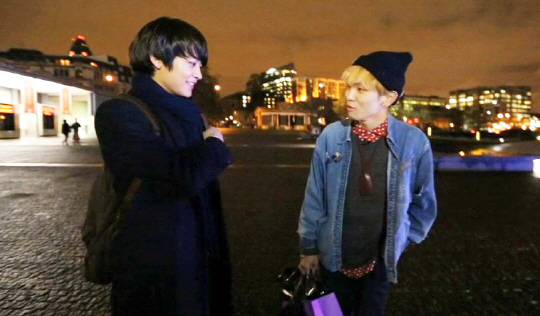 After SHINee’s Wonderful Day documentary which featured each member on their own individual holiday, SMTOWN has released a short film that was shot and edited by SHINee’s very own Minho.

The camera begins onstage, alongside SHINee, filming them as they perform.  The group is then picked up and taken on a journey through the streets of London.

Minho filmed the documentary from his own perspective, giving viewers a chance to see London through his eyes.  He displays his creative flair and a unique snapshot of London life by presenting both the scenic and the simple beauty that London has to offer, both the busyness of its streets and its tranquil nature.

He accompanies the serene sounds of London with one of Yiruma’s melodic pieces, Spring Rain.