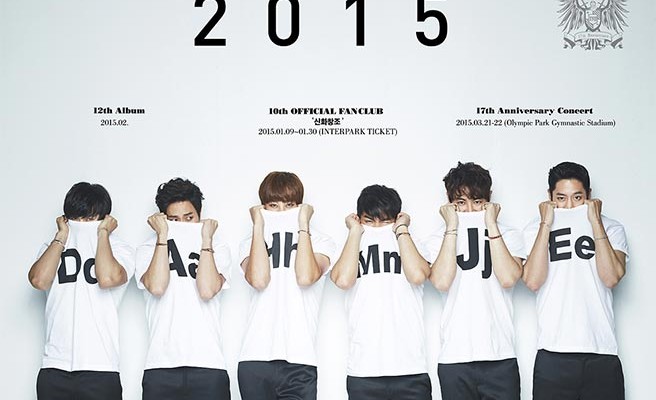 As seen in the poster, the senior band will be holding their 17th anniversary concert for 2 days on January 21 and 22 at Olympic Park Gymnastic Stadium.

The six-member-band has been celebrating their 10th, 14th, 15th and 16th anniversaries with remarkable concerts over the past years.

Their 12th album is expect to be released on this coming February.

Hellokpop, as an independent Korean entertainment news website (without influence from any agency or corporation), we need your support! If you have enjoyed our work, consider to support us with a one-time or recurring donation from as low as US$5 to keep our site going! Donate securely below via Stripe, Paypal, Apple Pay or Google Wallet.
FacebookTwitter
SubscribeGoogleWhatsappPinterestDiggRedditStumbleuponVkWeiboPocketTumblrMailMeneameOdnoklassniki
Related ItemsShincom EntertainmentShinhwa
← Previous Story After School’s Lizzy to Kick Off Solo Debut
Next Story → C-JeS Entertainment Responds to Junsu’s Fraud Accusation