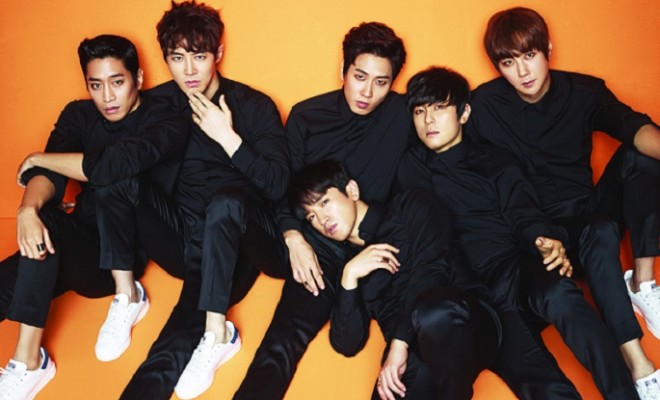 Shinhwa To Kick Off Fan Meeting In Japan

Japan fans, prepare your wallets and banners, as Shinhwa will be kicking off its long-awaited fan meeting this October!

Shinhwa has recently released the official poster for its coming fan event, titled 2015 SHINHWA JAPAN FAN MEETING – TEN x TEN Party, heightening much anticipation from fans, who are eager to watch the group’s live performances after 9 years since its last fan meeting in Japan back in 2006 .

In the photo, the group strikes playful poses, while giving bright smiles on their faces. They exude their casual, yet charming looks in white T-shirts and black trousers. 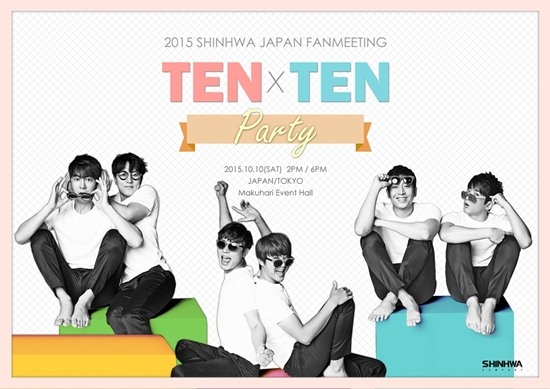 The fan meeting is set to take place at the Makuhari Event Hall in Tokyo, Japan on October 10, for a total of two rounds at 2 p.m and 6 p.m (KST) with various special events.

The group’s agency shared: “The members are looking forward to the upcoming fan meeting. It will be the first step of Shinhwa’s future musical activities in Japan.”

In related news, Shinhwa will embark on its encore concert, titled 2015 SHINHWA 17TH ANNIVERSARY FINALE CONCERT ‘WE_SHINHWA,’ at the Olympic Gymnastics Arena, Seoul from August 22 to 23 in celebration of the group’s 17th debut anniversary.