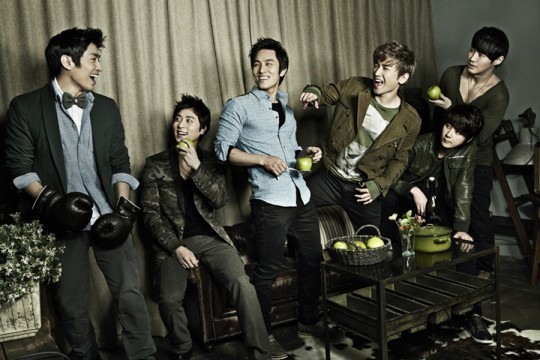 Shinhwa to Return with a New Album

As announced by Shinhwa’s agency on December 30, the veteran group will be making a comeback in late February with its 12th studio album, after one year and nine months from the release of its 11th album The Classic, Kpop Herald reported.

After secretly holding the 12th album jacket shoot and going through many long discussions, Shinhwa made a final confirmation for its February comeback and is meticulously working to finish up the album. Fans can expect a higher quality album from the group.

In addition to the release of the album, Shinhwa will carry out many promotions through concerts and other activities.

Meanwhile on December 11, Shinhwa dropped a 3-D and 4-DX movie of its 15th anniversary concert in March 2013, as well as footage from its Seoul encore concert last August titled Shinhwa Live 3-D The Legend Continues.