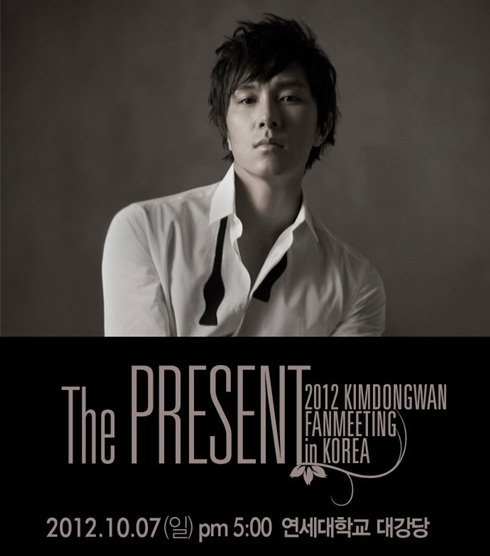 Shinhwa member Kim Dong Wan recently made an announcement to notify the public that he has achieved the leading role for the television series, Cheer Up Mr. Kim.

Before committing his time into filming the drama, Kim’s agency, LIVEWORKS COMPANY, will host a fan meeting for the entertainer in Seoul this coming weekend. The fan meeting is entitled 2012 KIM DONG WAN FAN MEETING ‘THE PRESENT’ and will take place in The Great Hall at Yonsei University on October 7 from 5PM to 7:30PM. The ticketing price for the event is 55,000 Won (approximately $50 USD) and will have assigned seating. In addition to the fan meeting, attendees of the event will have the opportunity to participate in a special high-five segment with Kim himself.

Furthermore, ticket reservations can be made through YES24.