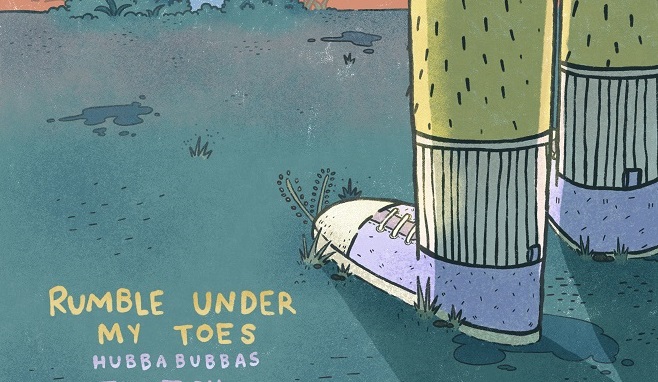 By Adrian | May 15, 2020
FacebookTwitter
SubscribeGoogleWhatsappPinterestDiggRedditStumbleuponVkWeiboPocketTumblrMailMeneameOdnoklassniki

This is the side of HubbaBubbas that they wanted to express on that emotional empty side of them.

Singapore indie-pop trio HubbaBubbas has collaborated with K-Indie Kwak Pureunhaneul on their brand new single titled Rumble Under My Toes, released via Singapore based indie label Umami Records. The release also includes a Korean version of Sunset In My Pocket featuring Kwak Pureunhaneul, of which the original version has just been nominated for five categories at the Singapore Youth Music Awards 2020.

HubbaBubbas’ first show in Korea was when they played at Seoul’s indie music festival Zandari Festa in 2017. They loved the country so much that they went back again to tour in 2019, and that was when they wrote this song with Kwak Pureunhaneul, also known as “Hongdae IU”, a nickname she picked up from her time on Korean television talent show series Superstar K. 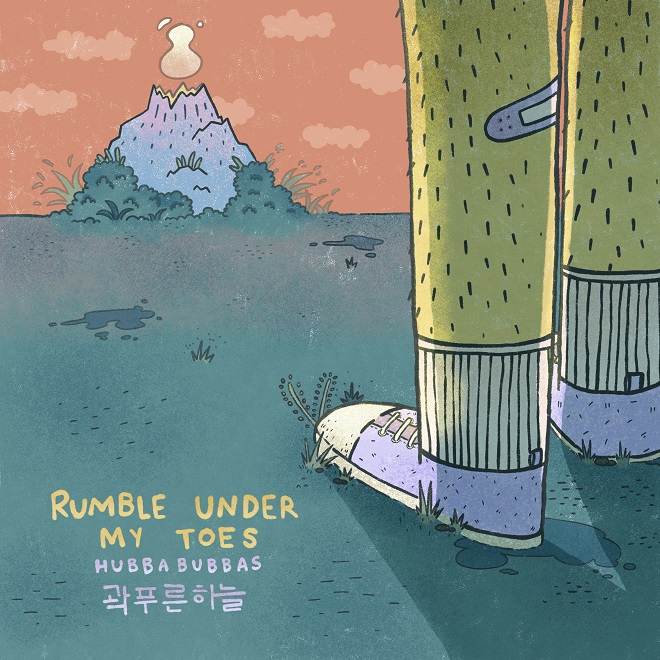 Stephanie of HubbaBubbas shared about the story behind the song: “When we were facing uncertainty, we weren’t able to find much music to relate to because a lot of the music that we were listening to always had a clear feeling of the artist’s emotions – joy, sorrow… and for good reason. But we felt this was a part of ourselves that was not so clear, and we wanted to encapsulate it in a song. We also thought that perhaps there were people out there who felt the same way, and we found Kwakpu. She shared with us her personal reasons for being on a hiatus from music, and you can feel her emotions from her performance in the studio.”

A music video is released to accompanied with this release, as well as several behind-the-scenes videos telling the story of this collaboration and the band’s Korea tour.

Rumble Under My Toes by HubbaBubbas is available everywhere here.

Watch a behind-the-scenes video of their collaboration in Korea:

HubbaBubbas are presently working on their new EP titled “New Home”, which they target to release at the end of 2020.

Singapore indie-pop trio HubbaBubbas comprises lead vocalist Stephanie Lim, guitarist Ryan Chan and beatboxer Mervyn Ye. The band is the recipient of the inaugural Singapore Youth Music Awards 2019 for Best Cover Artist, and have been nominated for five categories at the Singapore Youth Music Awards 2020. Their debut EP Amy(gdala) was released in Aug 2016 at a sold-out EP launch. HubbaBubbas have been called upon to perform at events like the 2015 SEA Games, the ASEAN Paralympic games, Singapore Night Festival, Music Matters 2018, Bangkok Music City, as well as Zandari Festa, South Korea’s largest music festival, among others.

“Now what sets HubbaBubbas apart is that they aren’t your typical band. With siiiick guitar playing, crazy intense beatboxing and insanely beautiful vocals, they bring something totally different and fresh to the table” – Native Entertainment

“Quirky indie-pop ditties bookend the five-track EP, including the infectious feel-good electro-pop tune ‘Dancing on the World’, which was composed for the 28th South-East Asian Games in Singapore last year” – Time Out

Kwak Pureunhaneul is a singer-songwriter, also known as the IU of Hongdae. She talks about her honest life stories with her acoustic guitar and soothing voice, which helped her quickly establish her realm in the industry. Despite her young age, Kwak Pureunhaneul is capable of singing, composing, writing lyrics and even arranging. Let’s find more about her beautiful musicality.

Kwak Pureunhaneul first picked up the guitar when she was a high school student and then released her first album, “Without a Present,” upon graduation. She made herself known in the indie scene with the project gig “Hongdae IU” and secured her spot with the EP, “Night Mist.” This singer-songwriter also took part in the audition program “Superstar K7” and is set to release her second full-length album this fall.