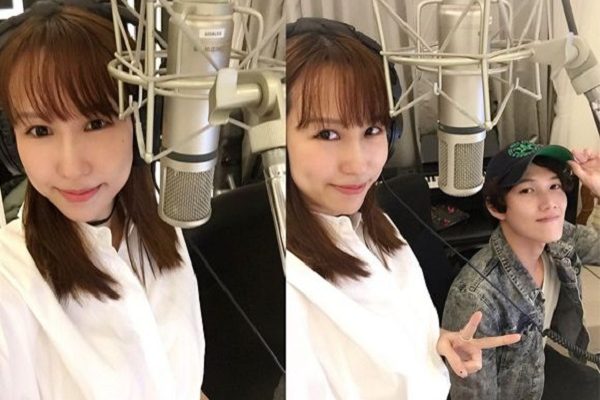 By Adrian | May 7, 2016
FacebookTwitter
SubscribeGoogleWhatsappPinterestDiggRedditStumbleuponVkWeiboPocketTumblrMailMeneameOdnoklassniki

On Thursday, Singaporean singer Kelly Poon attracted much attention online after she uploaded her Mandarin cover of Always, an OST of the mega-hit drama ‘Descendants of the Sun’, onto her Facebook fan page. The song was originally sung by Yoon Mi-rae.

Collaborated with another Singaporean artist, Jeric Tan, the cover has since won numerous praises from fans, with encouraging comments and requests to cover other OSTs of the drama.

Kelly responded, “I’m so grateful for the encouraging response, and that more fans from around the region got to know me from such a surprising way.”

Hellokpop, as an independent Korean entertainment news website (without influence from any agency or corporation), we need your support! If you have enjoyed our work, consider to support us with a one-time or recurring donation from as low as US$5 to keep our site going! Donate securely below via Stripe, Paypal, Apple Pay or Google Wallet.
FacebookTwitter
SubscribeGoogleWhatsappPinterestDiggRedditStumbleuponVkWeiboPocketTumblrMailMeneameOdnoklassniki
Related ItemsAlwayskelly poonSingaporeYoon Mirae
← Previous Story American Rapper Wiz Khalifa Featured In Tao’s New Song
Next Story → Song Joong Ki Meets 4,000 Lucky Fans In Bangkok