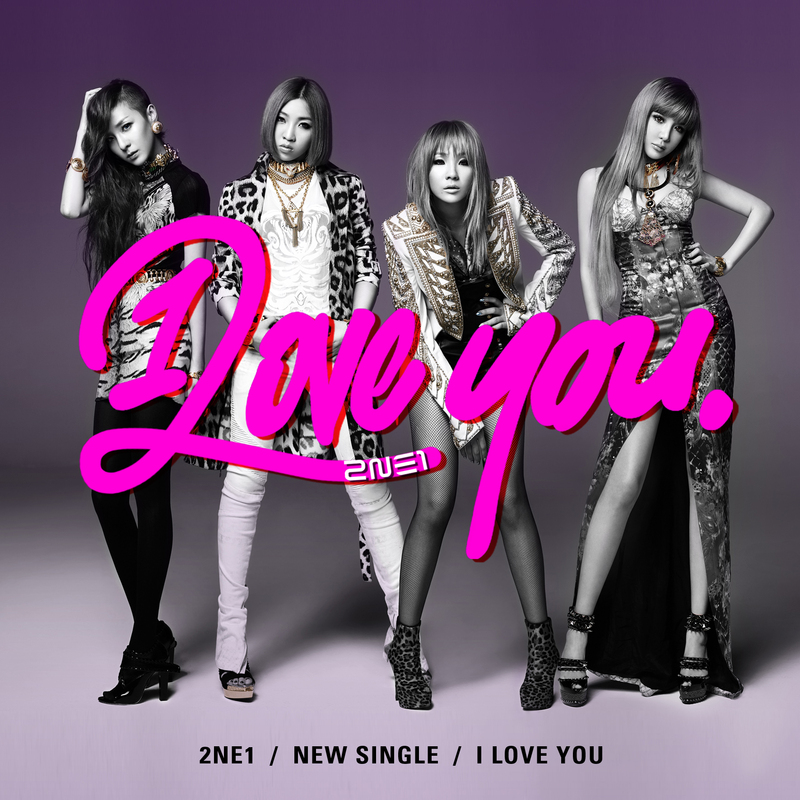 [Note: Below, I reference some previous reviews that currently cannot be accessed, as our older articles have not been restored yet. The reviews will be linked once they’re back up.]

It seems like an unusual number of big-name artists are releasing “breather” albums these past few weeks. I’ve written about how Lena Park‘s Parallax seems to be a “realignment in preparation for the future” (July 2012) and Infinite‘s Infinitize a “stepping stone” (June 2012). And while I haven’t gotten to review them, the same goes for recent albums by The Koxx, Kinetic Flow, Verbal Jint, and so on. Add 2NE1 to this list: its new release, I Love You, is a toned-down single that fills a lull and shows us an evolution.

Retro code is usually a winning idea, provided that it’s backed by good execution. For the most part, it’s there. Composer Teddy uses bouncy, acoustic notes and languorous melody to build the dreamy atmosphere at the song’s start, before gradually introducing throbs and a speedy synthesizer; the result is a track that knows pacing, where build-ups are deliciously moody and hooks have palpable excitement. I Love You‘s uneven structure makes it difficult to categorize by sections, but it’s suffice to say that its verses add up to some of the finest moments in pop this year – the ponderous and minimalist instrumentation is not only tasteful, but also seductive in its way. (The chorus feels somewhat listless and the outro too jarring, but they don’t take away much.)

“Tasteful and seductive” can also be said of the song’s performances. Last year, I wrote that Minzy “is only beginning to tap into a tremendous pool of potential” (July 2011) based on her work in 2NE1 2nd Mini Album. And in fact, it’s this youngest member who captures the song’s pervasive seductiveness the best – her croons and falsettos are steady and, most importantly, effortless. Meanwhile, Dara sounds her best. It’s not so much that her voice has changed, but rather that she received parts that play to her strengths: her rapid-fire sections are almost rap verses. Dara then gets to shine with her relatively thin tone, rather than being thrown into the fire with high parts as before.

This appears to be part of YG’s change in philosophy regarding 2NE1’s internal positioning. To be specific, this group no longer has clearly defined roles – CL is just as much lead vocalist as she is the rapper. F(x) and the Wonder Girls are both on a similar path, but 2NE1 appears to be leading the trend for now. Last year, this group’s rediscovered genre versatility was the cause for excitement; today, it’s this positional fluidity that keeps my hopes high for 2NE1.