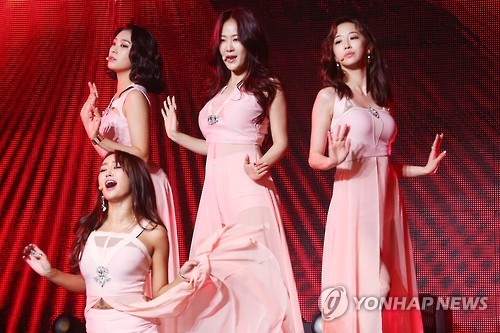 SISTAR To Return With A New Album This Summer

The comeback of ‘Summer Queen’ SISTAR.

SISTAR is currently busy preparing for its new album, which is scheduled to be released in early June.

The group’s upcoming album is reportedly to be participated by producing team Black Eyed Pilseung. The music producer and songwriting team have earlier contributed to the success of the band’s hit tracks, such as Touch My Body and I Like That.

Besides the group activities, each member has been focused on developing her own respective career.

In March, Hyolyn was the only Korean representative to perform at South By Southwest (SXSW) festival in Austin, Texas. Right after that, the singer kicked off her first American tour successfully. Furthermore, her latest single Blue Moon, which is dropped in April, also landed high on a number of major local charts.

With sweet and sentimental voice, Soyou recently showed off vocal talent in her latest collaborative track with EXO‘s Baekhyun. The romantic song dubbed Rain swept many music charts as soon as its release in February.

Fellow member Dasom has been gaining much attention in her new role as an actress. She currently plays as Yang Dal-hee, a femme fatale in SBS’s drama titled ‘Sister Is Alive’.