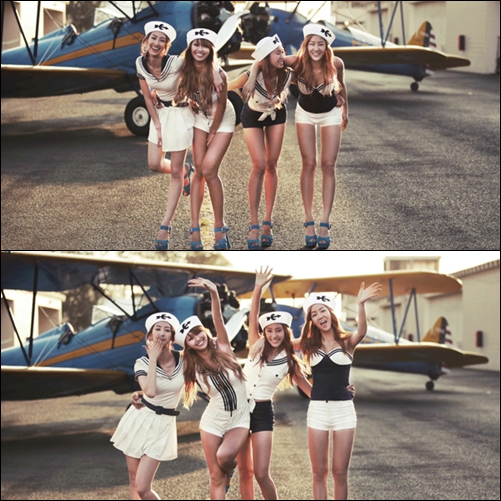 SISTAR to come back with sailor concept

The music video for SISTAR‘s comeback track, Loving U, was shot in Hawaii and will be marine-themed. The members sport white and navy blue striped sailor-inspired outfits and wear cute sailor hats. The much anticipated music video will include the appearances of notable models, as well as vintage aircraft.

“The upcoming summer special album will show a different image from the ones SISTAR has shown so far, to attempt to show a refreshing and lovable appearance. The Hawaiian scenery and movements of Hawaii’s professional surfers seen in the music video will be quite a sight.”

The special album will be available on the 28th of June and will include tracks from previous albums that have been remixed by Foundation Record.