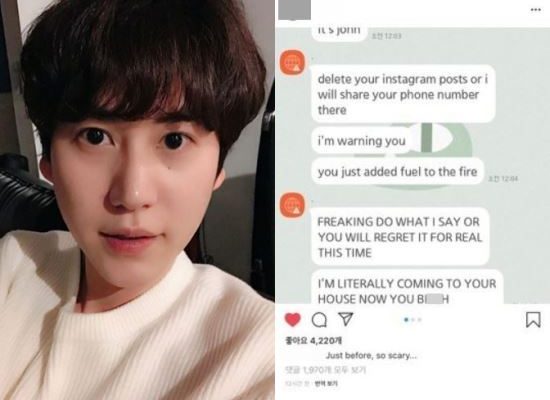 According to his sister, Super Junior’s Kyuhyun’s family has been suffering from a sasaeng fan for the past 3 years.

Kyuhyun’s sister took to Instagram to reveal that their family has had a sasaeng fan who stalked them regularly. She also shared screenshots of the messages and phone calls her family has received. 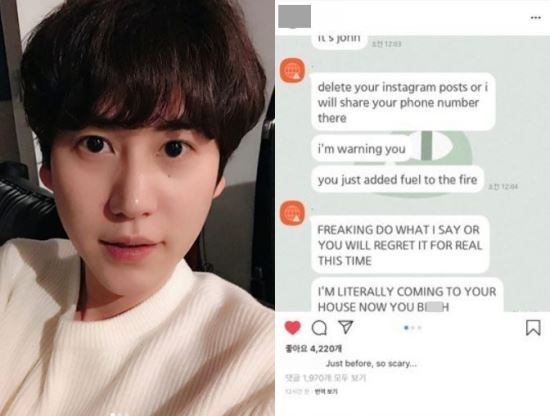 Kyuhyun’s sister posted the photos on her Instagram account. The photos included messages and missed calls from the sasaeng fan. She included a photo of her father taken by the sasaeng fan in a coffee shop. Furthermore, the fan threatened the family by saying they will release the family’s private phone numbers.

She captioned the post with this message: “I’ve been trying to understand him/her many times. But it’s been 3 years of stalking me, Kyu, and my parents. threatened to kill me. every day and night messaging me, calling me. hack my phone and my account.”

She also added that they already reported this matter to the police. The family blocked the sasaeng fan, but they create another account to continue harassing them.

After the post, the sasaeng fan became more intimidating, and demanded that she deletes the post or else Kyu Hyun’s career will be ruined. She took down the post but the identity of the stalker has not yet been confirmed. 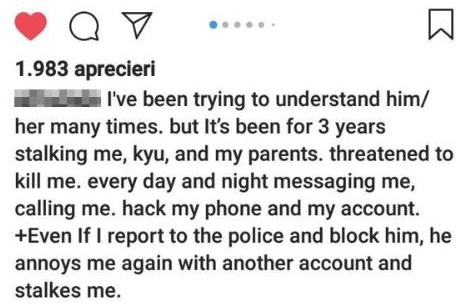 A representative of Super Junior’s agency, SM Entertainment, said that since Kyunghyun’s sister just gave birth and is in the hospital, they will actively cooperate with the family to resolve the matter.

We need your support! If you have enjoyed our work, consider to support us with a one-time or recurring donation from as low as US$5 to keep our site going! Donate securely below via Stripe, Paypal, Apple Pay or Google Wallet.
46
SHARES
FacebookTwitter
SubscribeGoogleWhatsappPinterestDiggRedditStumbleuponVkWeiboPocketTumblrMailMeneameOdnoklassniki
Related ItemsKyuhyunSuper Junior
← Previous Story IZ*ONE To Take On The Variety Scene With Their Own Web Show
Next Story → Lee Dong Wook Dazzles As Top Attorney In New Drama “Touch Your Heart”