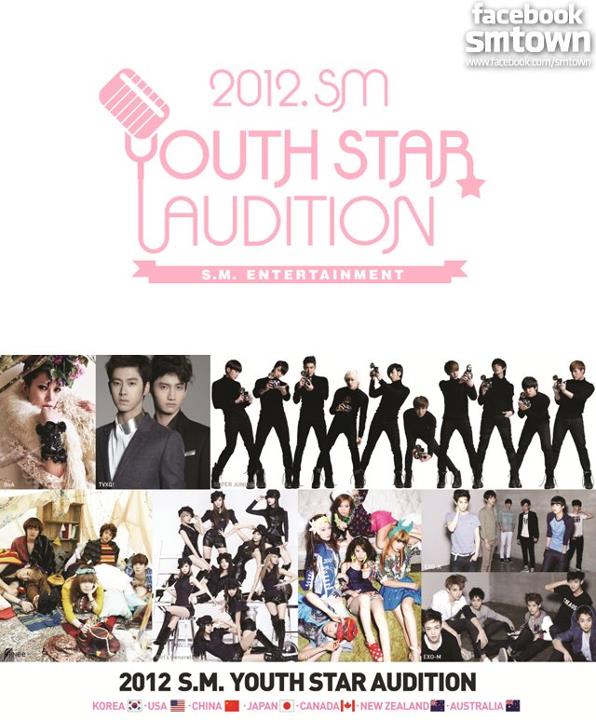 SM Entertainment invites you to the SM Youth Star Audition

Most K-Pop fans dream of becoming like their Korean idols. Do we have some good news for you! SM Entertainment is giving aspiring fans a chance to be an idol through the 2012 S.M. Youth Star Audition, which will be held in 7 countries and 12 cities in Korea, USA, China, Japan, Canada, New Zealand and Australia. Those ages 8 to 20 years old, male or female, are invited to showcase their talents at the audition from the 28th of July to the 1st of September, 2012. The schedule is as follows:

Specific details can be found at http://www.smtown.com/link/audition.

Good luck to everyone who is going to audition!