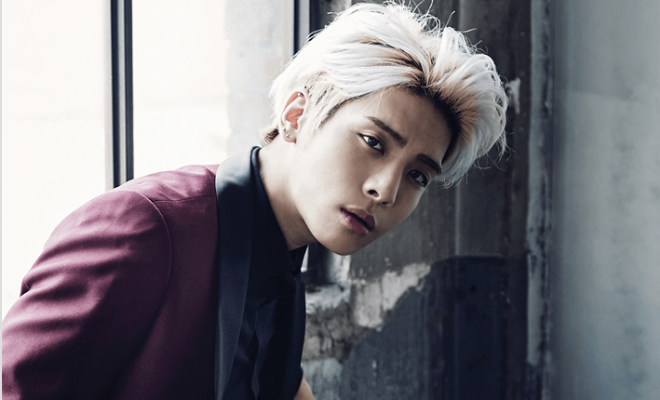 May SHINee’s Jonghyun rest in peace.

According to local news outlets on December 18, SHINee’s Jonghyun has been reportedly found dead at his apartment in Cheongdam-dong, Seoul.

Initial reports revealed that Jonghyun was found lying dead in his room with the coal briquette burning. In South Korea, it is known as a common way of suicide as the substance releases carbon monoxide.

Jonghyun’s agency SM Entertainment later released an official statement to confirm that the SHINee member has indeed passed away.

In a press release on the same day, it stated that “Jonghyun has suddenly left us.” The agency continued to express his family’s grief is uncomparable while his fellow group mates, label artists and staff are shocked and mourning for the loss.

The statement went on to say that the K-pop idol was the best artist who showed his love for music more than anyone does, and the agency is grief-stricken to break this tragic news to everyone who have loved him.

Lastly, SM Entertainment requested everyone to avoid making any speculation concerning to Jonghyun, and as his family wishes, his funeral shall be held quietly with his family, close friends and colleagues only.