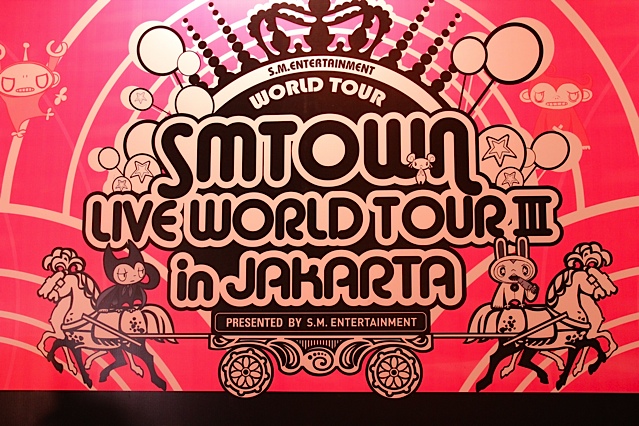 Brought to you by W Productions and MP Entertainment, SMTOWN will be heading to Jakarta, Indonesia this September.

‘SMTOWN Live World Tour III in Jakarta’ will feature performances from Kangta, BoA, TVXQ, Super Junior, Girls’ Generation, SHINee, f(x) and EXO. The event will take place on September 22 2012 and will be at the Gelora Bung Karno stadium.

The ticket box will officially open on August 10. According to Philip Wiguna, director of My Ticket – an SMTown Live World Tour III Jakarta official ticket seller – tickets will be sold offline only, starting this Friday 10am and ending 10pm local time.

Important Notes: Remember to bring a valid ID and there is a maximum purchase of four tickets per person.

Ticket Prices are as below:

For international fans, tickets for will be available at the official MyTicket website. Online ticket sales will be start after the offline sales.