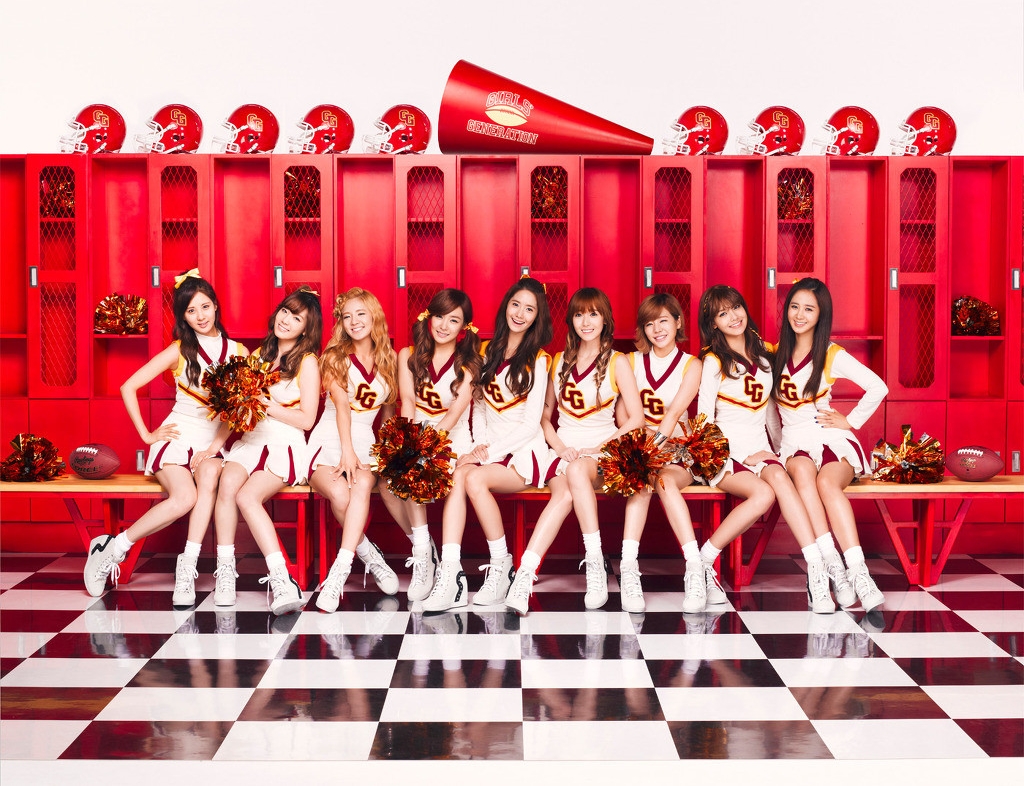 The Japanese version of Oh! shares many similarities and differences with the Korean version in terms of appearance and vocalization as the girls have matured within the last two years.

In the music video, SNSD performs in an organized red locker room with blue varsity jackets, white shorts with blue belt, and white thigh-high boots as opposed to their previous look with pink varsity jackets, white short with pink belt, and pink thigh-high boots. When the video shifts to display SNSD wearing cheerleader uniforms, the members are seen in realistic outfits consisting of the familiar top and skirt.

SNSD’s upcoming Japanese single Oh! will be released on September 26. In the meantime, check out the music video below and tell us what you think.

Hellokpop, as an independent Korean entertainment news website (without influence from any agency or corporation), we need your support! If you have enjoyed our work, consider to support us with a one-time or recurring donation from as low as US$5 to keep our site going! Donate securely below via Stripe, Paypal, Apple Pay or Google Wallet.
FacebookTwitter
SubscribeGoogleWhatsappPinterestDiggRedditStumbleuponVkWeiboPocketTumblrMailMeneameOdnoklassniki
Related Itemsgirls generationmusic videoOh!SNSD
← Previous Story Two X releases practice video for ‘Double Up’
Next Story → Baek Ah Yeon releases classic version of “Sad Song”