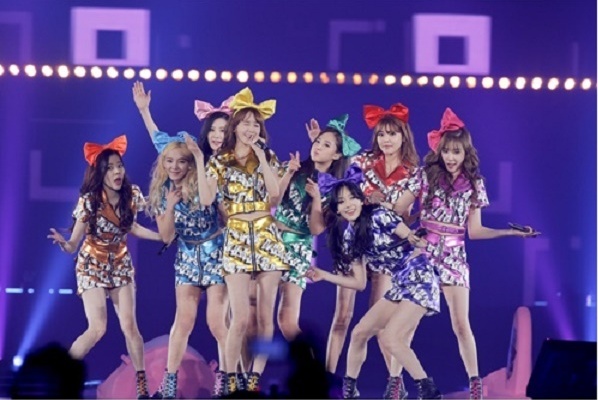 The concert featured all of SNSD’s activities in Japan, commemorating the group’s fourth year since its debut there.

SNSD showcased a total of 27 songs for nearly three hours, including hits Gee, Genie and Mr. Taxi as well as Japanese hits singles such as  Flower Power, Galaxy Supernova and more.

The concert hall filled up with pink colored glow sticks and explosive cheers from fans, touching the hearts of the SNSD members.

When the girls started singing the ballad version of their debut song Into the New World, many fans began shedding tears, making it a special concert filled with intimate interaction between the band and the fans.

At the end of the concert, SNSD expressed its deep gratitude to fans and hoped to grow together with them.