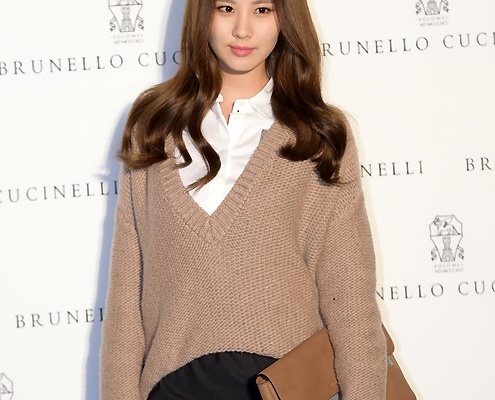 SNSD’s Seohyun to Join S.E.S in Place of Eugene in ‘Infinity Challenge’

The SNSD maknae will be filling in for Eugene in S.E.S since Eugene is currently pregnant. She has been secretly practicing S.E.S’ s hit songs, including I Love You and more. Fans are in eager anticipation for Seohyun’s performance with Bada and Shoo.

The S.S.S, which will be Infinity Challenge year end concert, will highlight the comeback of singers from the 90s. Jo Sung Mo, Cool, Jinusean, Kim Hyun Jung, Bada, Shoo, So Chan Hwi, Turble, and more have confirmed to join. The S.S.S concert will take place at the MBC Dream Center Open Hall in Ilsan on December 18.