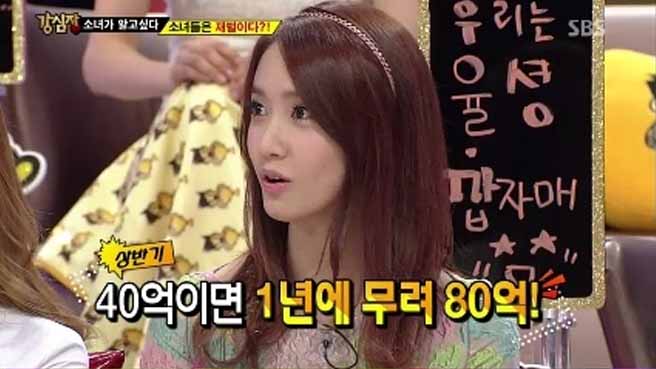 SNSD’s Yoona, one of the richest idol group members?

Packed with a busy schedule as an actress and a singer, SNSD‘s Yoona is considered one of the richest idol but she denied this rumor.

On a recent broadcast of SBS‘s Strong Heart, Yoona spoke about the issue of her being one of the richest idols. The topic “The Wealthiest Girls” was brought up by MC Boom, bringing up the news article stating that Yoona has earned 4 billion won for the first half of the year.

Yoona denied the rumor and said that :

Being in the industry for quite some time, she just let this kind of issue go. Afterwards, member Taeyeon shared some information on her recently purchase house and Tiffany told about her new pink car.