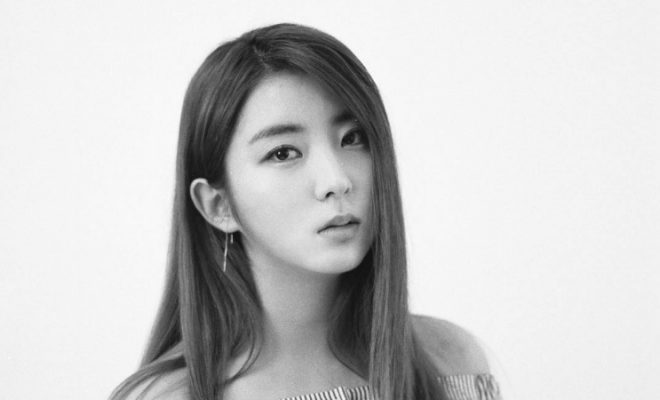 All for a good cause.

For fans who are curious of the 4Minute members whereabouts after their disbandment, Sohyun was recently spotted at a flea market.

The former maknae of the group was notably selling old 4Minute merchandise at her booth. The idol was doing it in the name of charity, where all proceeds will be channeled to a worthy cause.

She was involved in a charity project called ‘BACK TO THE MARKET’, which was organized by H.O.T’s Jang Woo-hyuk.  The humble star later thanked fans for coming despite the hot weather. Sohyun also snapped a picture with Jang after the event.

Hellokpop, as an independent Korean entertainment news website (without influence from any agency or corporation), we need your support! If you have enjoyed our work, consider to support us with a one-time or recurring donation from as low as US$5 to keep our site going! Donate securely below via Stripe, Paypal, Apple Pay or Google Wallet.
58
SHARES
FacebookTwitter
SubscribeGoogleWhatsappPinterestDiggRedditStumbleuponVkWeiboPocketTumblrMailMeneameOdnoklassniki
Related Items4MinuteBACK TO THE MARKETcharityflea marketH.O.TJang Woo-hyuksohyun
← Previous Story ‘Beautiful Mind’ Nurse Mo Riyoo Revealed To Be BIGBANG T.O.P’s Cousin
Next Story → MONSTA X and Cosmic Girls Form Project Group ‘Y Teen’