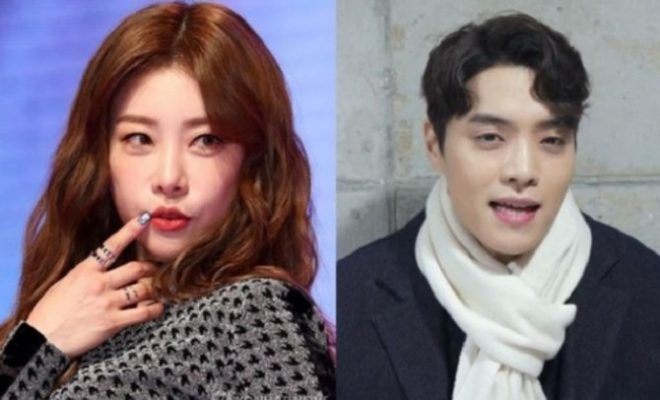 Another couple has confirmed their breakup in 2017.

On December 27, Girl’s Day’s Sojin and singer-songwriter Eddy Kim were confirmed to have ended their relationship after six months of dating.

The reason for the two’s breakup was not revealed due to their privacy. However, according to Sojin’s agency Dream T Entertainment, they would maintain good friendship and support each other.

Sojin and Kim developed their romantic relationship in June 2016 after their first meeting on Channel CGV’s I’m A Movie Director Too in August 2016.

In related news, the member of Girl’s Day is currently playing a role in Studio OnStyle’s first digital drama series dubbed Oh! Dear Goddesses of Basement, while Eddy Kim wrapped up his Christmas solo concerts successfully on December 23 and 24.