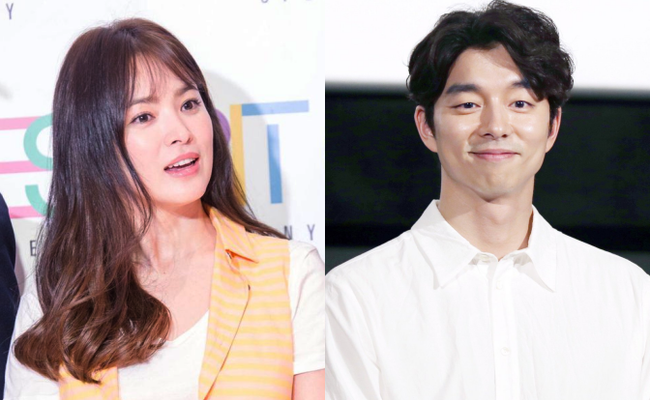 Song Hye Kyo Keen To Work With Gong Yoo If Given The Opportunity; After Both Awarded ‘Best Actor’ Last Month

By Adrian | May 7, 2017
150
SHARES
FacebookTwitter
SubscribeGoogleWhatsappPinterestDiggRedditStumbleuponVkWeiboPocketTumblrMailMeneameOdnoklassniki

Gong Yoo and Song Hye Kyo – what would happen if these two ‘Best’ actors work together?

On May 4, actress Song Hye Kyo was asked if she would like to work with actor Gong Yoo if given the opportunity during a fashion event in Hong Kong. She was also being told that the actor is currently in the country for a fan meeting.

Despite both being veteran actors in the industry, Song shared that they have yet to work together, adding that she has not met him before and does not know him personally.

When asked if given the opportunity to work together in a project with Gong Yoo, Song Hye Kyo replied that she would like to try working with him.

In related news, Gong Yoo and Song Hye Kyo are recently awarded ‘Best Actor’ by an US video streaming website for their previous hit dramas ‘Goblin’ and ‘Descendants of the Sun’ respectively. This might have since sparked the interest in seeing both of them working together.

Would you be looking forward to see both actors work together soon?