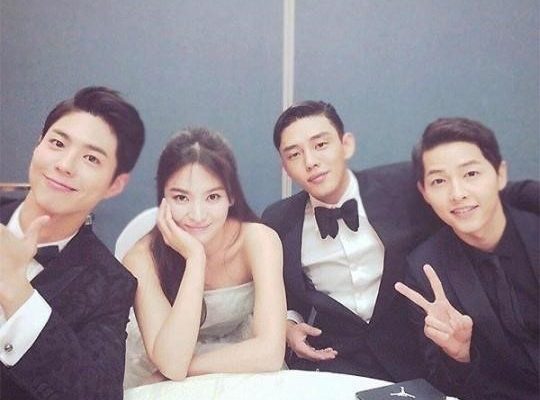 The rumors first started when ‘Powerful Opponents’ panelist Lee Bong Gyu alleged that there were other idols at the adult entertainment bar with Park Yoochun on June 4.

On these rumors, UAA said, “On June 3, Song Hye Kyo, Yoo Ah In, and Song Joong Ki were enjoying dinner together along with their managers. The rumor is not true.”

Korean news outlet Dispatch has also earlier defended Song Joong Ki, stating that the actor had just attended the ‘Paeksang Arts Awards’. He was photographed in the get-together with Song Hye Kyo, Yoo Ah In, and drama staff.

Meanwhile, Song Joong Ki and Park Bo Gum’s agency Blossom Entertainment will be proceeding with legal action against the rumormongers.