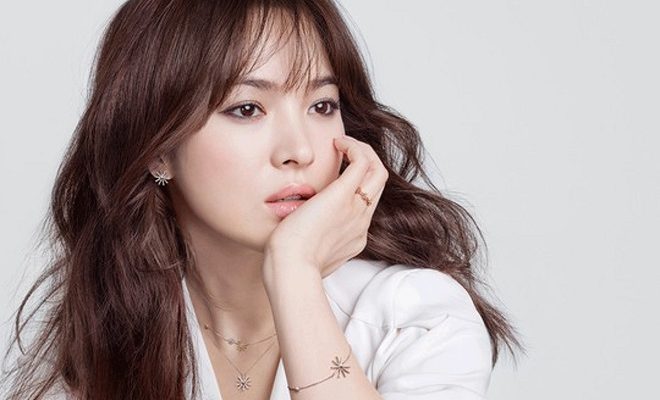 By Adrian | May 18, 2016
106
SHARES
FacebookTwitter
SubscribeGoogleWhatsappPinterestDiggRedditStumbleuponVkWeiboPocketTumblrMailMeneameOdnoklassniki

Let’s hope there will be a closure on this matter soon.

The letter was sent by a civic group for former forced labourers during Japanese occupation of Korea from 1910 to 1945. It wants to thank Song for her “great work that even the country’s president couldn’t have done.”

According to the reports, Yang Geum-deok, 88, wrote the letter. At 14, she was victimized, and forced to work at the Mitsubishi Heavy Industries aircraft manufacturing plant at Nagoya.

Recently, Song Hye Kyo hit the local news headlines for refusing a modelling contract offered by Mitsubishi Motors, because Mitsubishi Group was embroiled in a legal case over allegations of forcing Korean labourers to work during the Japanese occupation.

Yang said, “Hearing the (Song Hye Kyo) news, I shed tears. I was so happy as if a big nail wedged deep in my heart has finally been pulled out.” She added, “I thank you for your courageous act and I feel that I could even fly if only I had wings.”

Yang revealed she was deceived by the Japanese head of her school in 1944. She was then forcefully sent to a labour camp with 138 students from other schools. At the camp, she and the rest were forced to work for the company for about 18 months without pay.

Vowing to fight till her last breath, Yang firmly stated, “What matters to me and other survivors of forced labor is not the money. My first and foremost wish is to receive an apology from Japanese Prime Minister Shinzo Abe and Mitsubishi. Without it, I cannot rest in peace.”