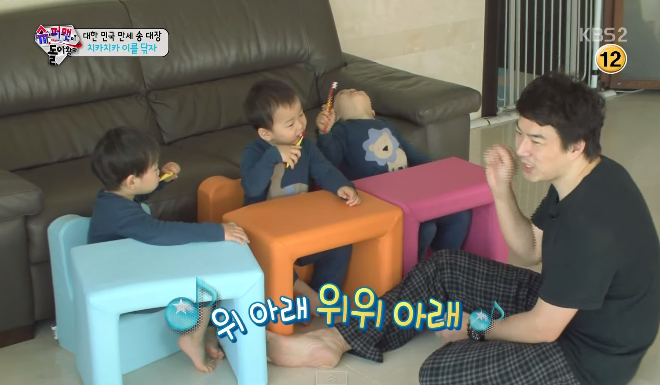 EXID’s Up & Down is so popular that even the triplets of Song Il Gook sing to it while brushing their teeth!

On the latest episode of Superman Returns that was aired on 12 April, while the triplets, Daehan, Minguk and Manse, were brushing their teeth, Minguk mumbled out a few words which were similar to Up & Down, then he continued to mumble to the right pronunciation and beats accurately, which happened to be EXID’s Up & Down. Later, Manse also joined in to sing together.

Il Gook noticed the boys were actually trying to sing Up & Down, he then joined in and sang the chorus, while giving hand gestures of brushing his teeth to lead the boys to brush their teeth up and down.