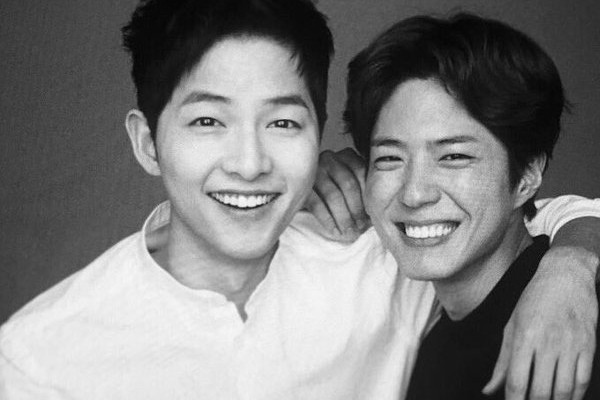 The two actors show off their brightest smiles.

On April 5, Park Bo Gum shared a photo of him with his label-mate Song Joong Ki via his official Twitter, captioned: “It’s time for BLOSSOM to blossom.” The two celebrities come from the same company, Blossom Entertainment, which is founded by actor Cha Tae Hyun.

In the photo, Song and Park wrap their hands around each other’s shoulder intimately, while flashing their charismatic, brightest smiles for the camera.

Park Bo Gum rose to fame with his adorable character as Choi Taek in the Reply series: Reply 1988. His upcoming movie, Moonlight Drawn by Clouds, is scheduled to air in the second half of 2016. 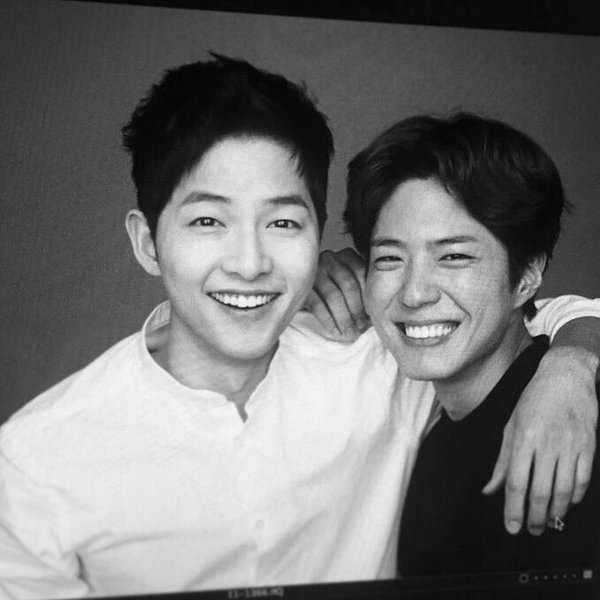