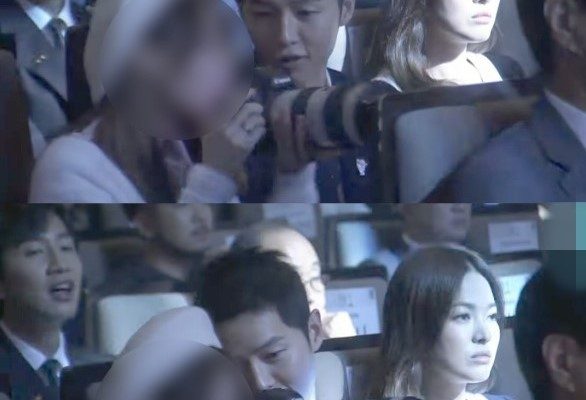 Who was that lucky girl?

On October 27, Korea Popular Culture and Arts Awards took place at the National Theater of Korea in Seoul. This is one of the most prestigious ceremonies in Korea, gathering many celebrities in the entertainment industry.

The center of the event is none other than Descendants of the Sun‘s couple, actor Song Joong Ki and actress Song Hye Kyo. 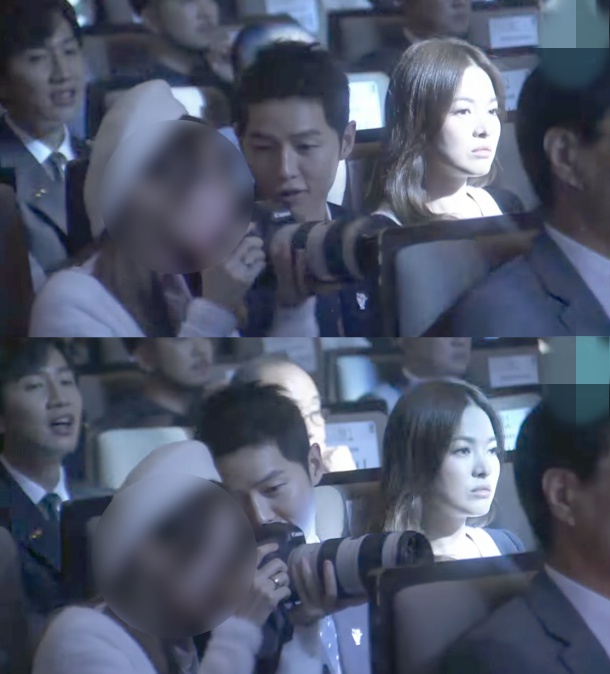 On October 28, a photo, which captures Song Joong Ki talking and smiling with a supposedly BTS‘s fangirl, has been spreading fast among the internet communities.

Song seemed actively asked and expressed his interest with the photos taken by the fan girl during BTS’s performance.

While many netizens expressed their jealousy, the BTS’s fan has not been identified as of now yet.