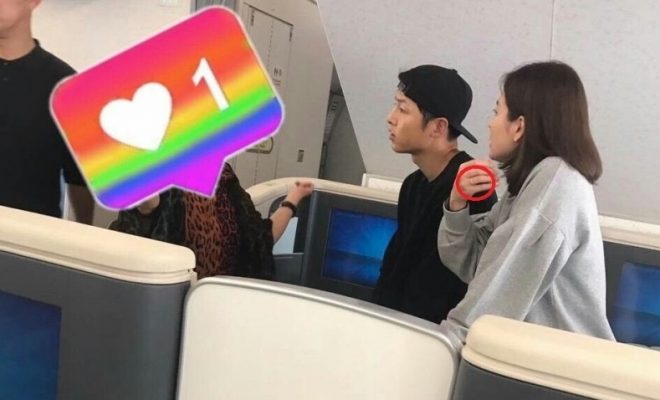 One of the most envious K-celebrity couples Song Joong Ki and Song Hye kyo will be getting married on October 31 after their public announcement in July. Love sparked between the two actors after they co-starred in the successful 2016 K-drama Descendants of the Sun.

Recently, Song Joong Ki and Song Hye Kyo made headlines again after they were spotted at the airport taking the flight to Los Angeles. After the news, there have been heavily speculations that both went to America to take their wedding photos, much to the anticipation of fans.

However, in a new photo uploaded by a passenger who happened to take the same flight as the couple, Song Hye Kyo was noticed to have worn a silver-like ring on the fourth finger of her right hand. This immediately raised discussions that the ring in question might be an engagement ring gifted by Song Joong Ki when he proposed to her. 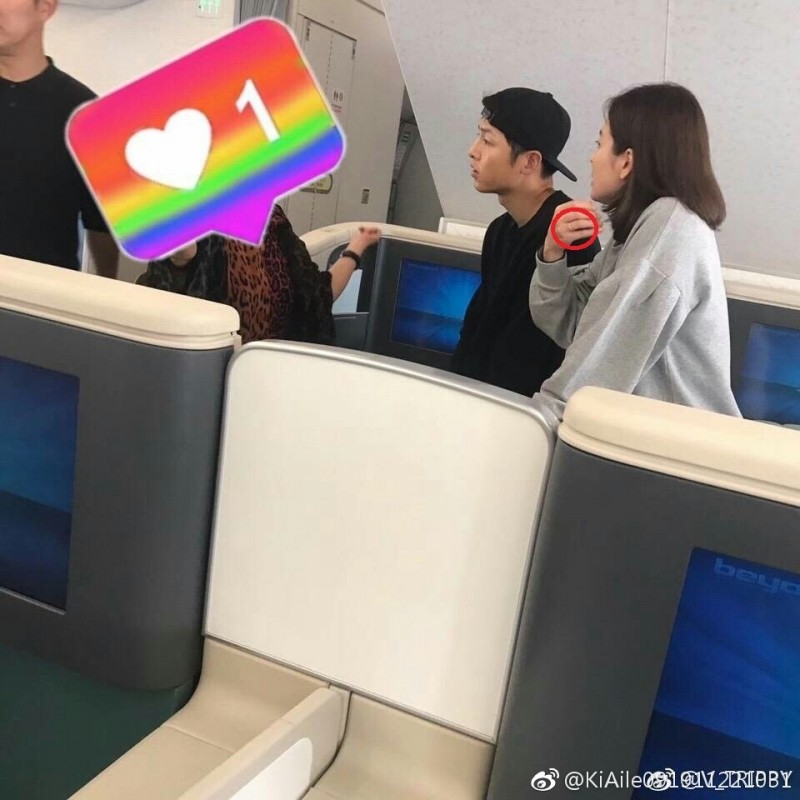 Furthermore, netizens who have witnessed the couple at the airport also left comments online. They said when the couple was walking at the airport, Song Joong Ki took special care to keep his wife-to-be safe from knocking onto other people.