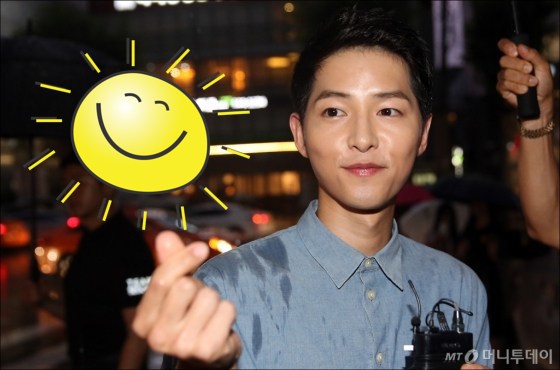 This is also the heartthrob’s first appearance in the public after his wedding news with actress Song Hye Kyo broke on July 5.

At the event, the idol was sheltered with an umbrella and dressed in a plain blue shirt. He continuously smiled and expressed enthusiasm, answering questions from the media. 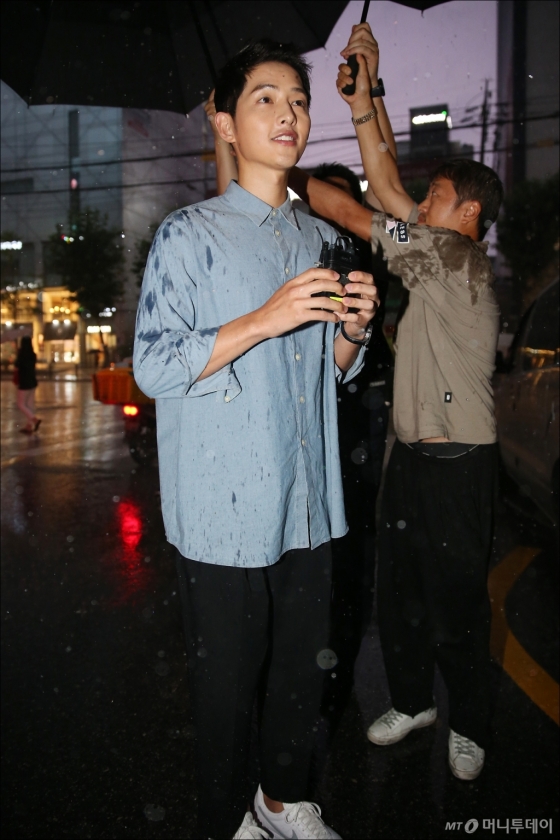 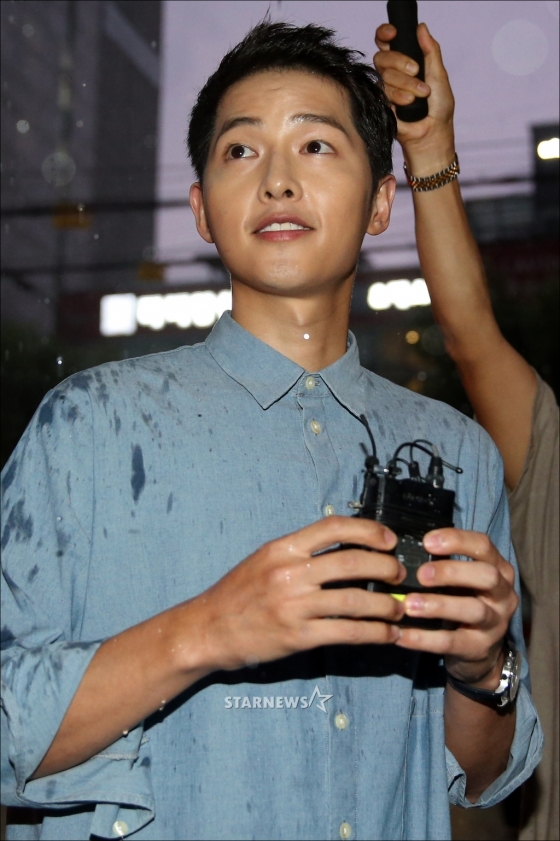 Despite the heavy rain, Song’s face still shone with happiness and excitement. 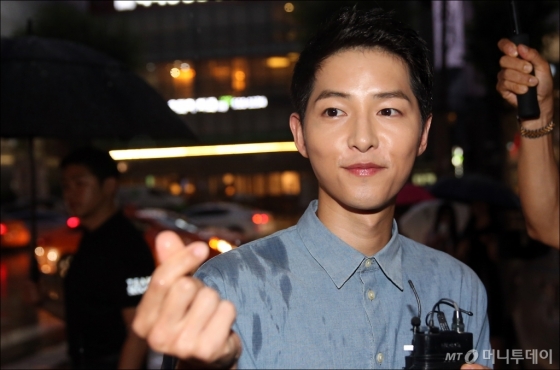 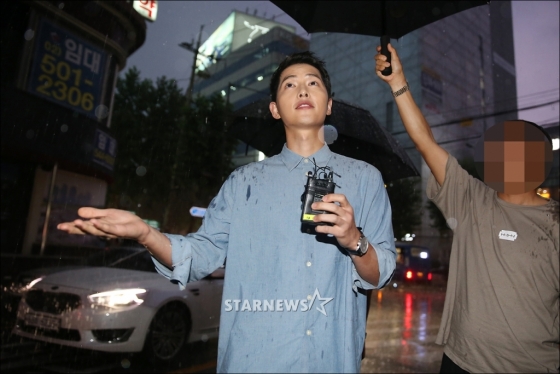 When asked about Song Hye Kyo, the idol could not hide his feelings.

He also gave compliments to his wife-to-be, sharing: “Song Hye Kyo is a senior (in the film industry) and a good friend. There is much to learn from her, and when I’m with her I receive a lot of positive energy.” 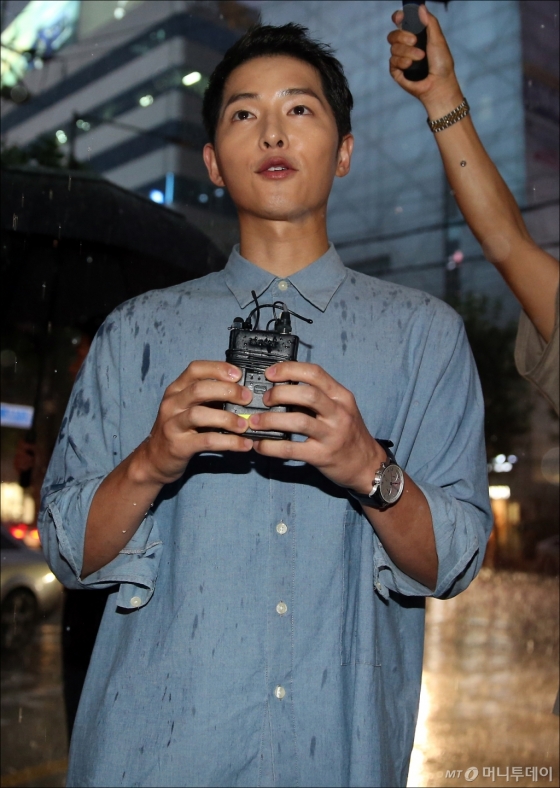 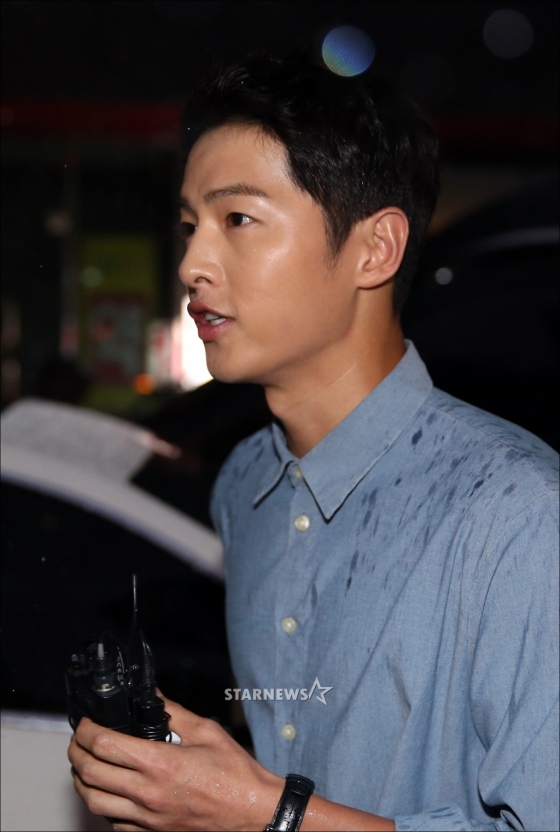 In addition, Song Joong Ki did not forget to send thankful messages to fans, who have been supporting the new couple, as well as standing by them during their acting careers.

Meanwhile, Battleship Island is scheduled to launch on July 26.