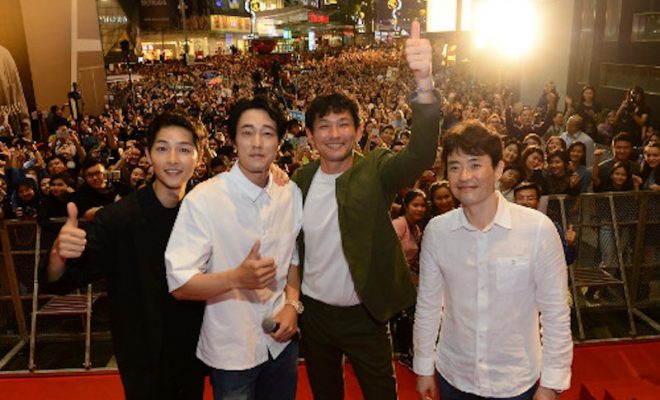 This was such a precious opportunity for fans to meet Song Joong Ki and the other oppas!

The actors received tumultuous reception from fans in the Asian country.

According to reports, around 10,000 fans flooded into Pavilion shopping mall in Kuala Lumpur very early to win the chance of meeting their idols directly.

As soon as the film’s cast appeared, fans continuously screamed and shouted their names.

At the event, Song Joong Ki expressed his pleasure and gratitude to fans, saying: “This is my first time here and I feel so welcomed already. Thank you for having us. I’m so happy to be here and meeting all of you passionate fans.”

He added: “The filming of the movie was harsh but I am very happy and satisfied to see the end result. I’m really grateful to be part of this amazing film.” 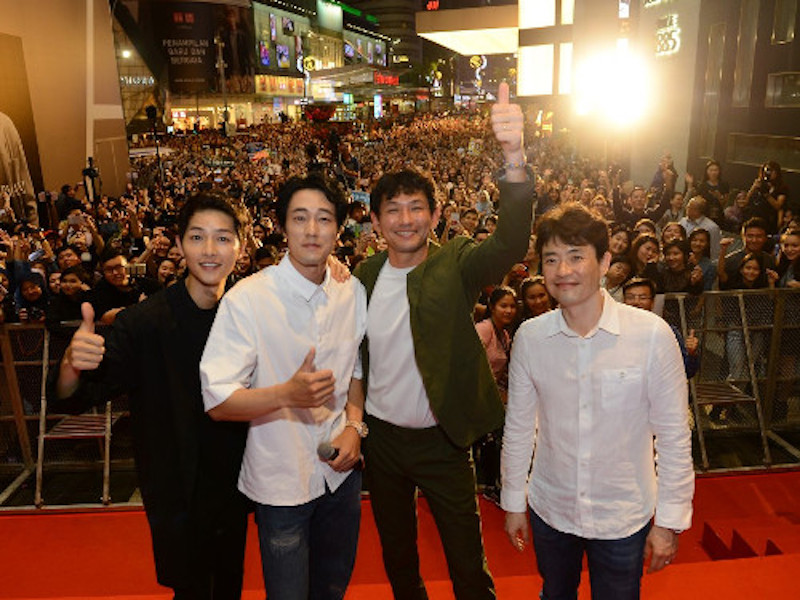 The large number of attendees caused serious congestion, making the traffic around the shopping mall come to a standstill.